During CES 2014 last week a number of vendors were showcasing a range of new 3D scanners they had created to aid the explosion of the 3D printing industry this year.

Interesting 3D scanners on show included the iPad 3D scanner which has been created by 3D Systems called the iSense which will launch later this year for around $500. Another 3D scanner worth mentioning which has launched on the Kickstarter crowdfunding website and has just passed $100,000 in pledges is the new Robocular 3D Scanner. 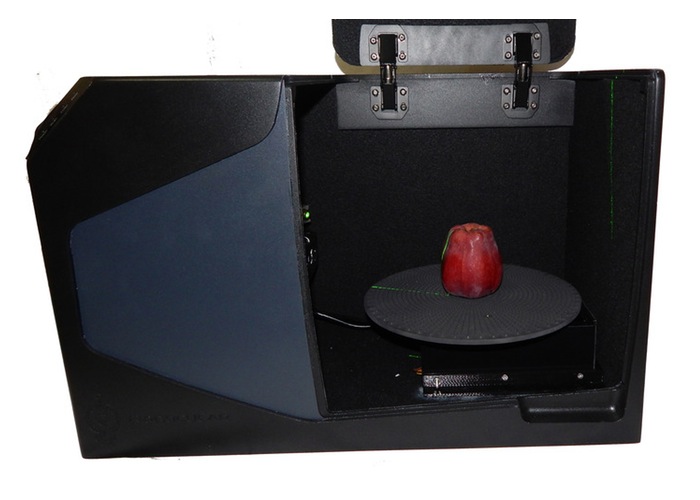 The Robocular 3D Scanner has been designed to 3D scan large objects that can if required can weigh up to 45lbs in weight. Offering an affordable, high-resolution, full colour and texture 3D Scanner capable of automatically creating 3D models of every day objects read to be 3D printed.

“We created the Robocular 3D scanner for people who, like us, were not satisfied with the existing solutions available for 3D scanning. Today, you can either buy a high-quality, but very expensive machine for several thousands of dollars, or you can buy a low-cost scanner but with low-mid accuracy components.

Many high-resolution scanners don’t even support color, let alone texture. In 2012, we decided to build a device that just worked, and had the precision of the very high end scanners, at the cost of a few hundred dollars and would be so simple it could be used by everyone. After ten different prototypes, we are now ready to share this scanner with you.

The object is placed on a high-precision turntable which rotates at about 4,000 steps per revolution. That means it has a comparable amount of information to taking 4,000 pictures of the object from various angles. On average this also means a single model will have about 2-3 million points for every pass.

The whole thing is in an enclosure so that external light doesn’t interfere and so that you don’t have lasers swinging around your room. The laser is a green, low-divergence laser which can capture raw details at up to 150 microns (that’s sub-millimeter accuracy – see models below) – after mesh reconstruction that error will usually go down significantly and the scan will be even more accurate than most 3D printers can output. The scan volumes range from 7″ diameter x 7″ height (mini version) to 9″ diameter x 9″ height (standard version).”