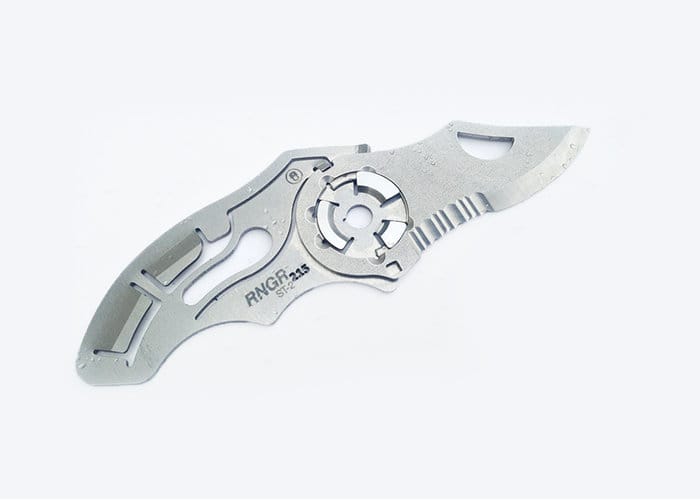 Nate Barr has designed and developed an ultra-thin mini folding knife called the RNGR ST-2, which she says is the world’s thinnest 440C Stainless Steel EDC Knife, and is now available to backfire Kickstarter with pledges starting at just $44 or £33. If all goes well with the Kickstarter campaign delivery is expected to take place during 2018. Watch the demonstration video below to learn more about the super thin folding knife.

People loved the ingenuity and convenience of our WildCard, but some wanted it to be even smaller. We redesigned the housing, stripping it down to it’s bare essentials. We didn’t want to simply make it smaller though. We wanted to make it stronger. By utilizing stronger steel and increasing the thickness by just 50%, we were able to make the blade and body 4x as strong. It’s truly an unmatched ultra-thin minimalist pocket knife. RNGR ST-2 is the knife you need when you don’t have the space for one. It’s ultra-thin and ultra-light. This is unlike anything you’ve seen before.

The ST-2 is a new concept in knife design. It is built free of screws and bolts, allowing it to be the thinnest pocket knife ever designed. There is no bulk. You can’t even feel that you are carrying it in your pants pocket and there’s no bulge for others to know either. It’s 440C stainless steel is a premium blade material. The ultra-thin featherweight design allows you to store it conveniently, under the most extreme circumstances. Or under daily circumstances, in your jean pocket.

For more information and to make a pledge to help the RNGR ST-2 folding knife make the jump into production jump over to the official Kickstarter campaign page by following the link below.