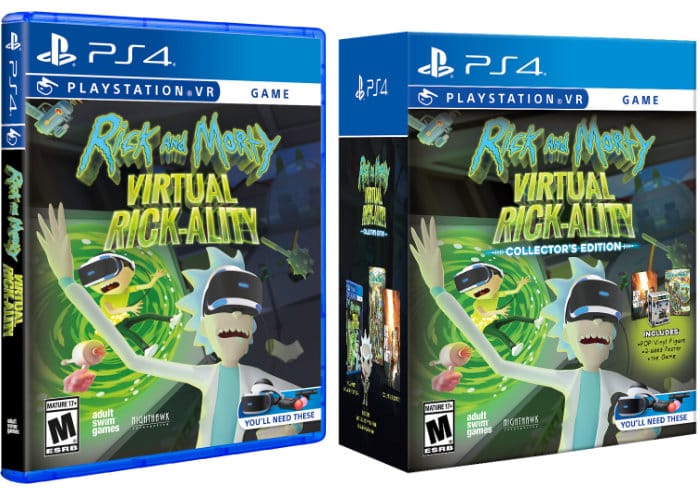 This week it has been announced by Brad Nicholson Marketing Producer at Adult Swim Games, that the new Rick and Morty: Virtual Rick-ality PlayStation VR game created by Owlchemy Labs, will be arriving on the PlayStation virtual reality platform early next month and will be available to play from April 10th, 2018 onwards.

As well as the standard game the development and publishing team have also created a Rick and Morty: Virtual Rick-ality Collector’s Edition which will be priced at $50, while the regular version will be priced at $30. For those looking to jump in early and preorder the VR adventure game, its now available via online retailers such as Amazon with a 20 percent discount making the regular game just $24 and the Collectors Edition $40.

For those of you not familiar with Virtual Rick-ality which was originally launched on the HTC Vive and Oculus Rift roughly 12 months ago, the game offers a single player virtual reality game that immerses players in the strange and unusual world of the Rick and Morty TV series. “As a clone of Morty, you’ll be put in the center of a unique story that takes you across dimensions, to death’s door, and alien planets. You’ll solve puzzles, get yelled at by Rick, and even fix an intergalactic car along the way. You can also pick up a diverse range of crap and throw it at your favorite Rick and Morty characters, for better or worse.”

For more information on the launch of the Rick and Morty: Virtual Rick-ality PlayStation VR game on April 10th, 2018 jump over to the official PlayStation website by following the link below.