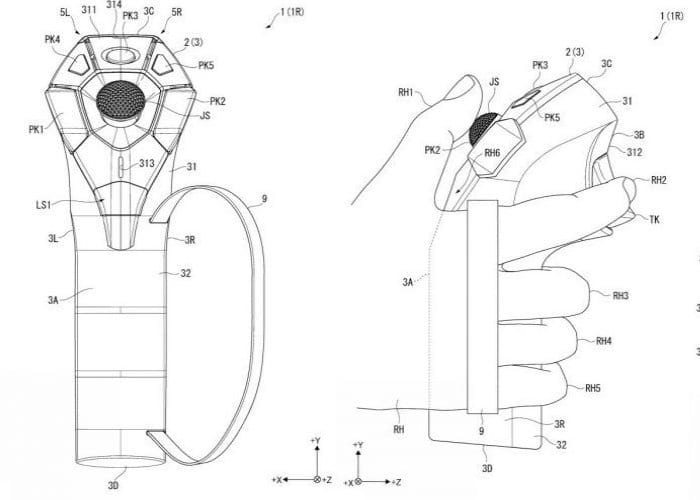 The first patent, filed by Sony Interactive Entertainment in Japan and published earlier this month, shows the addition of the analog stick with several face-mounted buttons placed in the surrounding casing, together with a handy trigger and hand strap along the side of the device. The second patent filed by Sony last year during 2017 offers more details on potential finger placement tracking technology that could be incorporated into the PlayStation VR controllers, offering a similar design to that already unveiled by Valve’s prototype Knuckles VR controllers.

Unfortunately, don’t get your hopes up yet, just because patents have been filed by Sony. As this doesn’t necessarily mean tthe final design that will make the jump into production and eventually into the hands of consumers. However it does bode well for those hoping that a new PlayStation virtual reality controller is in development.

As always as more information comes to light on the new PlayStation VR controllers we will keep you up to speed as always. But for now jump over to the VRFocus website by following the link below for more details on the current Sony patents revealed this week.