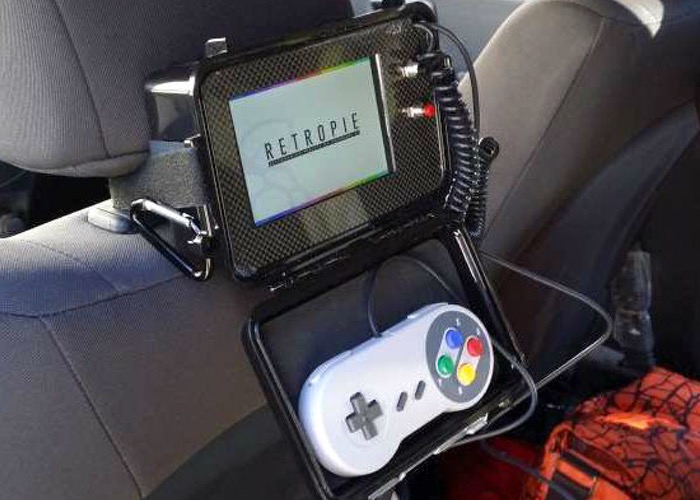 Makers and hobbyists that enjoy building projects using the awesome Raspberry Pi single board computer might be interested in a new project published over on the Instructables website that provides instructions on how to create a Raspberry Pi Emulator in-car console.

The Raspberry Pi Emulator or RetroPi as it has been named, was created by Instructable’s member MoTinkerGNome and uses a Raspberry Pi B+, 3W class d amplifier together with a 5 inch TFT screen complete with mini driver HDMI purchased from Adafruit, all housed in a Pelican 1050 dry box. 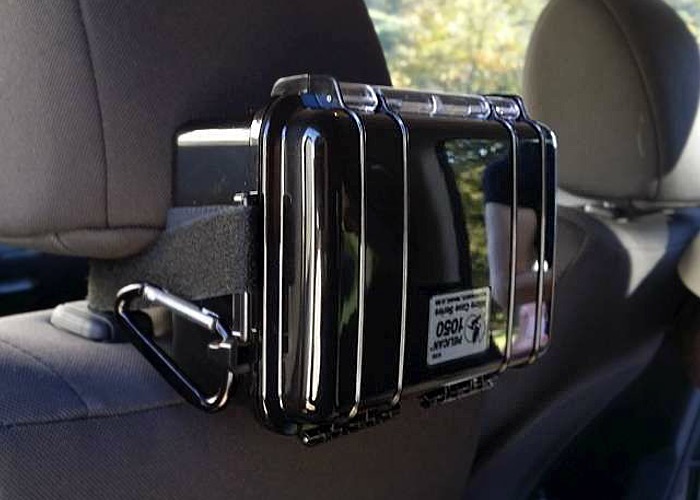 MoTinkerGNome explains a little more about the awesome Raspberry Pi Emulator and his design process :

“Scope of project: After building a Bar-Top Raspberry Pi retro gaming machine I determined that while cool I cant take it around easily as it weighs about 40 lbs and is the size of a large microwave. And while fun for the basement perhaps Arthur would want to play it in the car for the long drives back to his Moms house.

My original plan for this build was based off the Adafruit PiGRRL but I I wanted the ability to play the SNES and Genesis emulators. I figured I would just need to add a couple more buttons and it would be a peace of cake. I thought wrong.

Unlike my other projects I bought almost everything for this build. I used my 10% off coupon for being a pro member with Adafruit, I have to say their support forums are great and the benefit of being an Instructables Pro member was worth it just with the savings on that one order. I chose the the 5″ non touch TFT with HDMI input however in hindsight with the finished project I would have picked a analog/composite display as the driver board and signal wires are easier to route then HDMI.

I wanted to build a Gameboy and wound up with a cyberpunk looking headrest console. But the build was fun and the end result works. I am sure Arthur is going to like playing games instead of sitting for 3 hours in the car.”

For more information on the new Raspberry Pi Emulator and full instructions on how to build your very own jump over to the Instructables website via the link below to view the detailed post from MoTinkerGNome. For more details on Raspberry Pi displays and HATS jump over to our essential guide.