The event will run during E3 but it will not be at E3. The iam8bit gallery is located at 2147 W. Sunset Blvd., Los Angeles, CA 90026 and it will house the aforementioned artwork and console. Tonight is opening night for the show and it will run through June 30. More information can be found here.

If you are looking for a very unique retro styled games console you might be interested to learn that the iam8bit collective has create a hand made console that will will on show during the E3 games conference next week.

The event will debut an international showcase, featuring the work of a variety of returning and first-time artists, as inspired by classic 1980’s videogames. 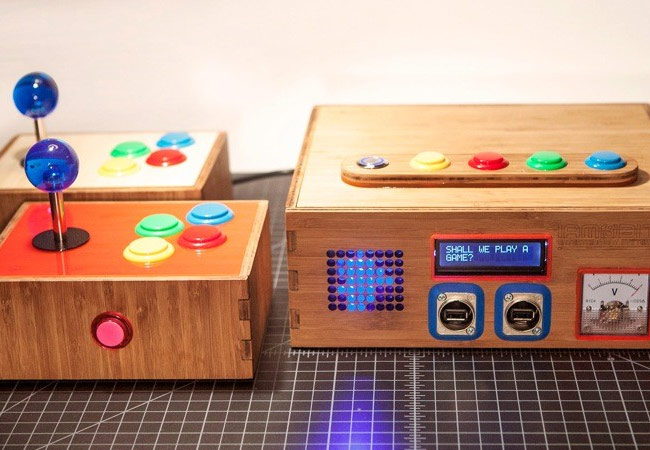 “iam8bit is best known for their expertise in curating uniquely personal artwork and pop-culture inspired exhibits. Most recently, iam8bit hosted It’s the shizNICK!, inspired by Nickelodeon TV shows of the 1990s, and Grace & Ritual, which showcased contemporary female artists, exclusively. This year’s show puts the spotlight on a wide range of over 80 artists from around the globe, including Jose Emroca Flores, Becky Dreistadt, Gerald de Jesus, JC Richard, Rex Crowle, Hine Mizushima, Jim Mahfood, Edison Yan, Olly Moss and Aled Lewis, among many other tremendous talents.”