The latest trailer provides you with a first look at the new multiplayer features included in the game, allowing 8 players to compete online against each other. Watch the multiplayer trailer after the jump to see gameplay in action. 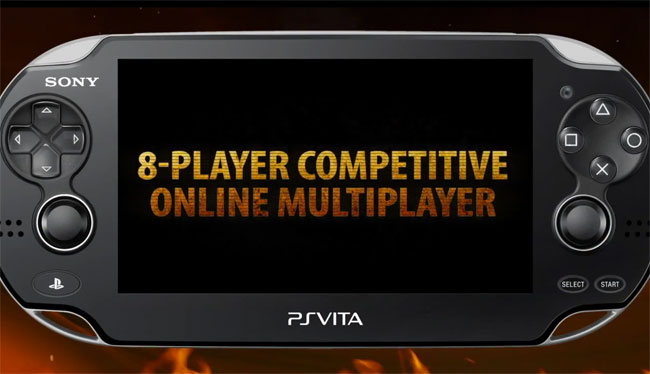 “August 1951: the attack on North America’s east coast begins… In spite of the fact that Tom Riley fights against the Chimera, he only has a desire to find and rescue his family caught in the middle of the invasion; it will appear he is involved in the interplanetary conflict much more deeply.”

When it launches on 29th May 2012 it will bring with it 6 unique maps and 3 gameplay modes.Features of the new PS Vita Resistance: Burning Skies game include:

– The first ever portable first-person shooter with true dual-analog control. Console-quality shooting in the palm of your hand.
– Competitive 8-player online multiplayer across 6 unique maps and 3 modes
– A frenetic campaign mode told from an entirely new perspective in the Resistance
– Developed from the ground-up to take full advantage of the power of PlayStation®Vita System, delivering the ultimate portable shooter experience with front and rear touch controls