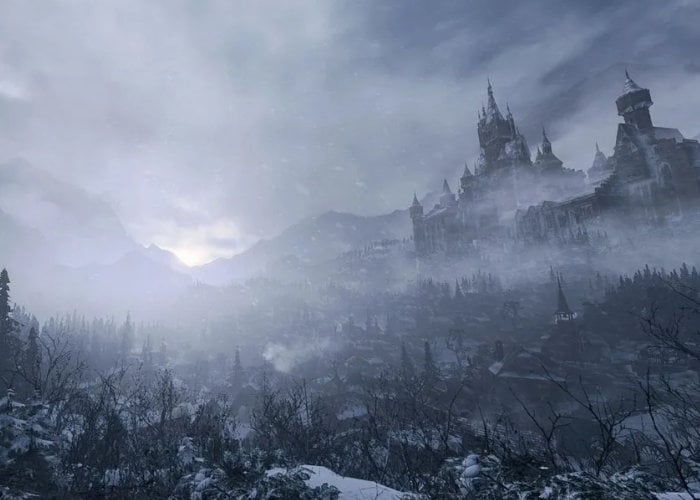 “When you first step into the castle, you may immediately feel the contrast between the decrepit village of the first early access experience to its regal interior. One of the major motifs of this area, and the game in general, was creating environments filled with beauty. When players aren’t running for their lives, we wanted to create a setting that they could enjoy by venturing through and slowly taking in all the sights and scenes. Of course, every picture of beauty hides a face of terror. Players may also find themselves beneath the splendor in an underground prison, tiptoeing past cold cellar bars that offer a sharp juxtaposition to the warmth found up above.”

“In Resident Evil 7 biohazard, our main focus was creating something claustrophobic with a lot of depth. With Resident Evil Village, we wanted to use what we learned as a foundation to build upon and create something expansive with more variety. The juxtaposition within Castle Dimitrescu, between the well-lit halls of the upper floors and the cold dark chambers down below, is just a small example of the different kinds of environment Ethan Winters will find himself in as he desperately searches for his daughter Rose. Not only will he find himself in a wider variety of environments this time around, but he’ll also have a bigger arsenal of weaponry at his disposal as well. It’s all up to you to strategize and figure out what works best in every new environment and situation that you find yourself in.”