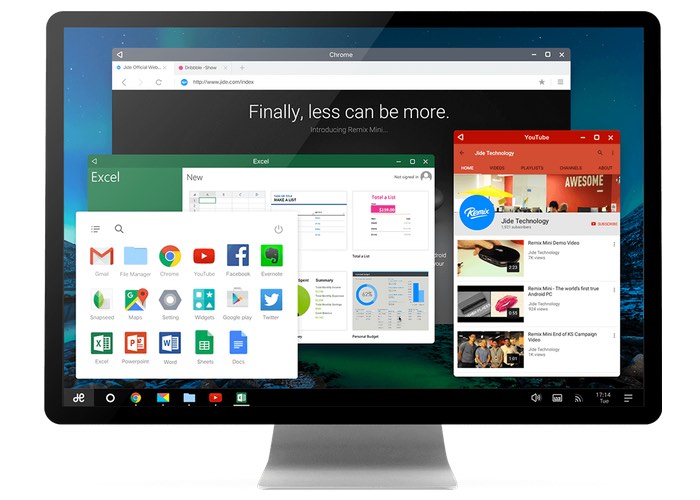 After previously releasing an alpha version of the Remix OS for PC, Jide the developers behind the modified Android operating system that has been design to acts more like a desktop environment than a smartphone OS, have today announced that the Remix OS PC Beta version will be launching on March 1st.

The new beta release includes a number of features that have been requested by the community and include over the air updates. The Remix OS PC Beta can be loaded onto a portable USB flash drive enabling you to try it out without effecting your already installed operating system.

Other new features you can expect to enjoy in the latest release of the Remix OS PC version include 32-bit support, dual booting functionality and more. Jide is also testing a way for the PC version to be loaded onto PC systems allowing dual boot with another operating systems on the same drive, providing improved performance over running the operating system from a USB drive. Jide explain kore about their new Android desktop operating system.

For more information on the new Remix OS that will be made available for PC systems in a beta release on March 1st, 2016 jump over to the official Jide website via the link below.