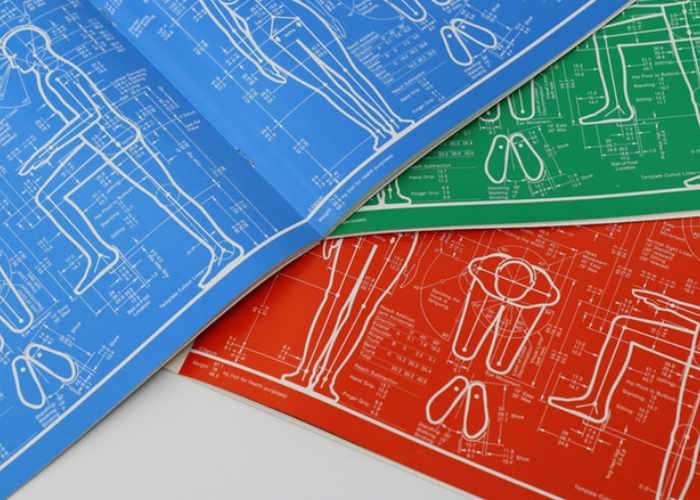 Designers that create objects that interact with the human form may be interested in a new Kickstarter project which has been launched to republish the Humanscale charts and manuals.

Humanscale is a tool to design for people and consists of 3 booklets, 9 selectors, 60,000 data bits and has not been available to purchase for decades. Now IA Collaborative are hoping to republish the booklets and selectors which are available to back via Kickstarter starting from $69 for early bird backers.

Watch the video below to learn more about the Humanscale design tool:

In the golden age of American industrial design, Henry Dreyfuss Associates knew that there was more to design than just looking good. Products had to be good, crafted to work with the people who use them. With this in mind, HDA designers Niels Diffrient and Alvin R. Tilley created Humanscale, including its ingenious data selectors, providing access to over 60,000 human factors data points in one easily referenced, user-friendly “portfolio of information.” Humanscale has long been out of print. Now we’re bringing it back.

With these three beautiful booklets and nine two-sided, interactive data selectors, designers, engineers, architects, and inventors can reference data that serves as a starting point to design products for people. Never before or since has there been such a complete and usable compendium of human factors data. Each page is a master class in information design; and this was before computer layouts!

These iconic, beautifully designed, and visionary tools to design for people are still so relevant today. Published between 1974 and 1981, the materials have been out of print for decades and fetch extremely high prices on the used market due to their scarcity. After finding so much value using Humanscale during the prototyping process in our own design work, we wanted to make them available at a reasonable cost to people everywhere.