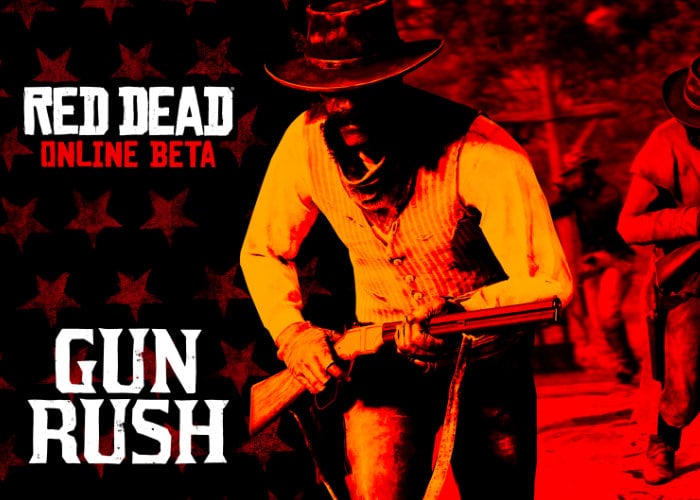 Red Dead Redemption 2 players patiently waiting to enjoy the new Battle Royale mode, will be pleased to know that Rockstar Games has today announced that the new mode has entered its beta development stage. The Red Dead Online Beta Gun Rush is now officially open to everyone with a copy of Red Dead Redemption 2. Check out the 90 minute gameplay stream embedded below for a great idea of what you can expect from the Gun Rush mode and content.

“Today’s update to the Red Dead Online Beta introduces Gun Rush, where you’ll put your survival instincts to the test, gathering weapons and ammunition while the play area shrinks in this new mode for up to 32 players. Available to play now in Free-for-all and Team variations, where the last one standing wins.

A big thank you to everyone who has taken part in the Red Dead Online Beta over the holidays, and especially to those who have taken the time to provide us with their feedback. Please keep it coming – Red Dead Online will stay in beta for a few more months yet as we have many more new gameplay features to add across the board as well as further changes to improve, stabilize and refine the overall experience.”

New content currently under development for the Red Dead Redemption 2 game include :

– All-new missions to build on your Story in A Land Of Opportunities – from previously established characters like Horley and Jessica LeClerk, and some new ones as well.
– A range of Dynamic Events throughout the world
– Lots of new competitive modes including new Showdown Modes and Races
– Plus new weapons and clothing, and lots more that we’re not quite ready to announce just yet…