Polarbit has announced via Twitter that their new Reckless Racing 2 game will be arriving on iOS devices on February 2nd. The sequel to Reckless Racing is hoped to bring with it a full single-player campaign with new cars, more challenging tracks, better graphics, with improvements in the car models, together with customised cars. 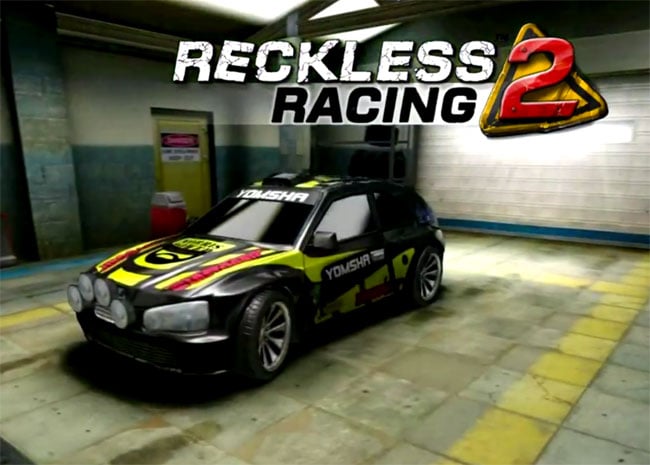 Developers Polarbit were hoping to launch the new Reckless Racing 2 game before the end of last year, on both the Apple iTunes App Store and the Android Market. However now after a short delay the new racing game for smartphones and tablets is set to arrive next week. Watch the video after the jump for a teaser on what you can expect from the new game when it arrives.

Polarbit has also suggested that the new game mode will also be launching in the new Reckless Racing 2 game. But is kept all details relating to it under wraps until the game’s release. The sequel is also expected to include some crazy micro machines and will allow you to drive like a maniac around the new tracks. For more information on the new Reckless Racing 2 game head over to the Polarbit website for details.