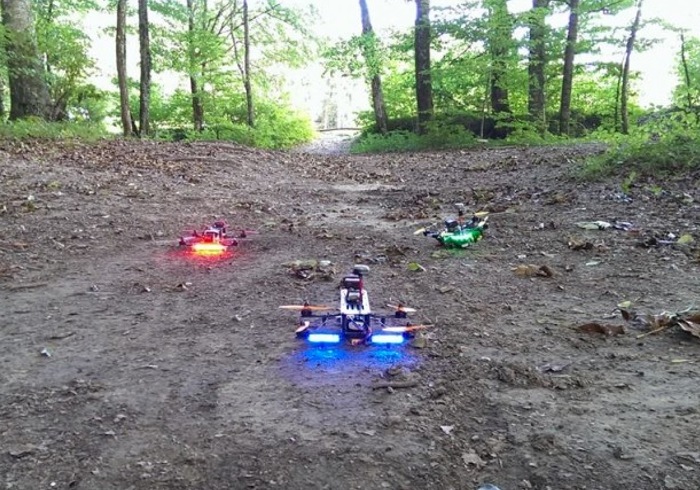 Anyone who enjoyed the pod racing footage from Star Wars Episode 1: The Phantom Menace and fancies taking part in a real life version, might be interested in a new drone racing event that was held in France.

French drone enthusiasts created a Star Wars style drone racing course, flying their remote-control copters through a forest at high speed. Check out the video after the jump to see them in action and learn more about this upcoming sport.

The drone racing event was held by the Airgonay drone club group consisted of 24 competitors racing quadcopters and multicopters drones around a 150m course. All of which have been specifically tweaked to get the perfect balance between speed and agility reaching speeds of up to 50 km/h or 31 mph.

The footage from the cameras positioned on the racing drones was wirelessly streamed back to the pilots who could steer the drone using a first person perspective. Next year the race is hoping to grow even larger by attracting international drone pilots and streaming the live action from the race online.

“This is a pre event that happened in France, organised by airgonay, a quadcopter racing fanatic association. Drones are not only for spying or doing the headlines when they fall in the streets.”