Here is another geeky garment that would make a great addition to your geeky wardrobe, and is bound to appeal to all the Space Invaders fans out there, the Re-Invaded Space Invaders Hoody. 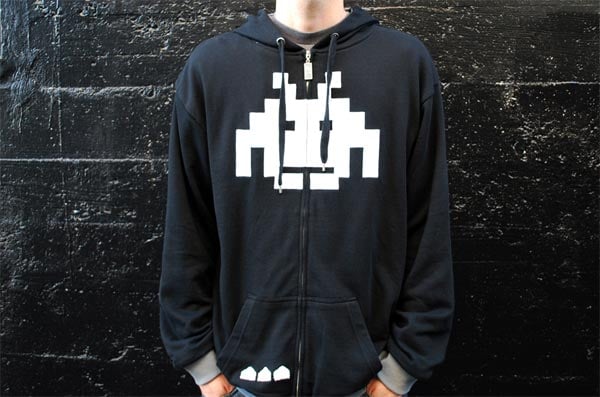 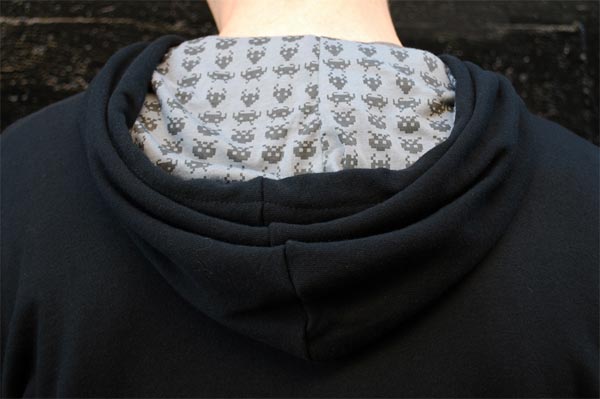 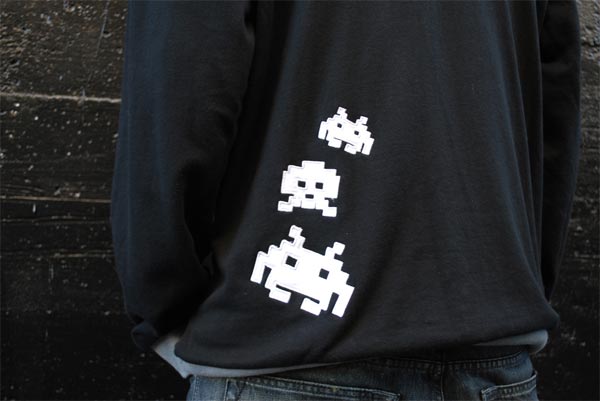 An 8-bit tribute to the classic invaders, re-invented and re-invading your wardrobe after all this time! This is a high quality hoody with an inner lining, inner hood print, and custom zipper. The crest on the front and back is made of a high quality material, and has been sewn on with an effect similar to a sports jersey. Built to last!

If you want one, the Re-Invaded Space Invaders Hoody will be available shortly for $69.95 from Split Reason.