Ever fancied having your very own superhero you could fly through the skys? Well a company called RcSuperheros has created two remote control air vehicles in the shape of humans in two sizes you can now purchase to take to the skies. Measuring either 78 or 58 inches long and weighing around 3.3 lbs each.

In the video after the break you can see three of these human shaped RC vehicles being flown around New York City to create the illusion of people flying. Enjoy! 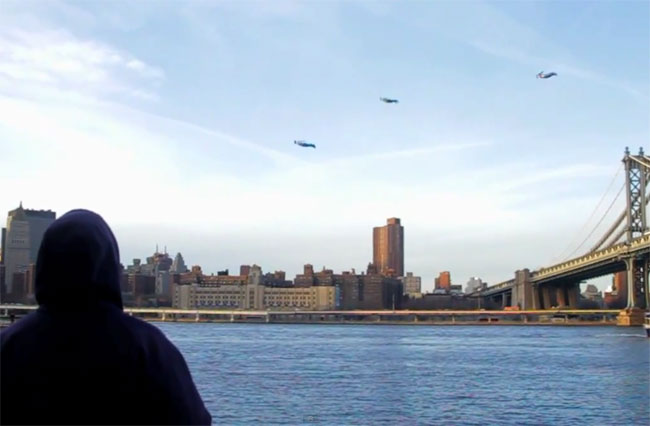 The makers of RcSuperhero explains a little about its construction:

“Flight characteristics: Stable yet aerobatic. This is due to the low weight to surface area and that it has a high wing like a Piper cub with a low center of gravity. In addition, he has plenty of vertical tail surfaces due to the double side bodies. Also, the RcSuperhero has oversized control surfaces and likes to fly upright. He takes off by being thrown or by standing upright in a stand and lands on his belly skids.”

The RcSuperhero kits are available to purchase for $345 directly from rcsuperhero.com, who recommend that you have a little model building experience to attempt to construct the vehicles. Not quite as much great as being the superhero yourself but still a huge amount of fun.