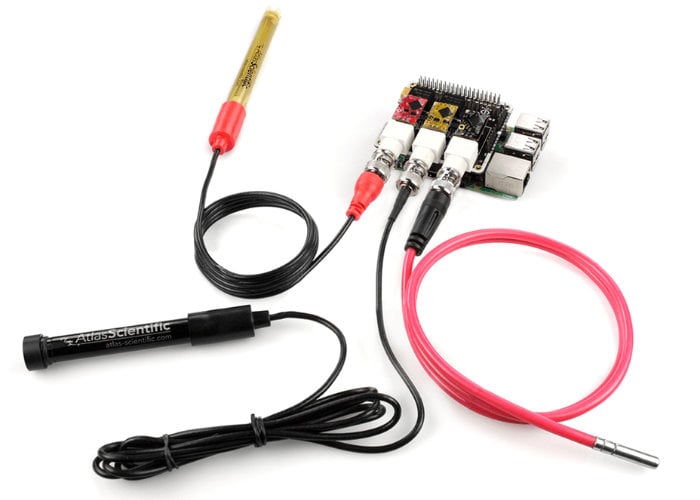 Raspberry Pi enthusiasts, developers or makers wishing to connect multiple sensors to their Raspberry Pi mini PC may be interested in the Whitebox Labs T3 shield and Atlas EZO sensors, which when combined make the process very easy. The team over at Atlas Scientific has kindly published a tutorial to the Hackster.io website providing full instructions on how to go about setting up multiple Atlas EZO sensors on a Raspberry PI using the shield.

In this example Atlas Scientific connect three Atlas Scientific’s EZO sensors enabling the Raspberry Pi 3B+ to measure pH, dissolved oxygen and temperature. “ Instead of wiring the circuits to the Raspberry Pi, we will be using the Whitebox Labs Tentacle T3 shield. These stackable shields plug into the pins of the Pi after which the EZO circuits and probes connect to the shield. Interacting with the sensors is done using the command terminal in Raspbian.”

For more details and full instructions on setting up sensors on your Raspberry Pi mini PC jump over to the Hackster.io website by following the link below, Hackster.io