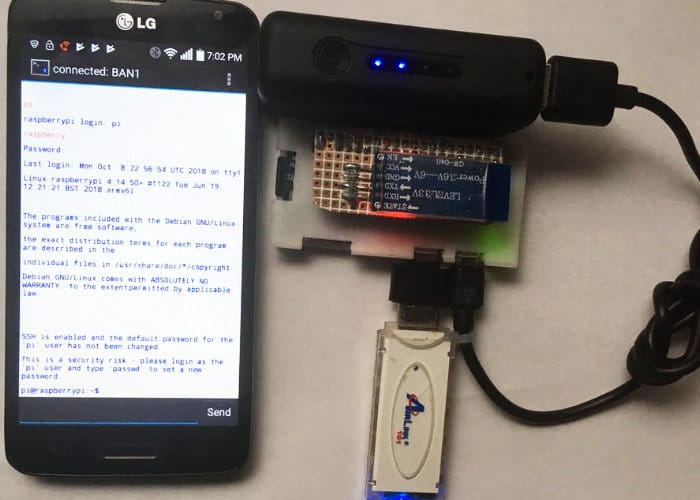 Hackster.io member Victor Altamirano has created a fantastically portable hacking station using the affordable Raspberry Pi Zero mini PC you extra peripherals. Kindly Victor has published details on how to create your very own on the Hackster.io. Providing details on how to construct a packing station based on a Raspberry Pi Zero W with a Bluetooth Serial or WiFi SSH connection to a smartphone, making it possible to write the commands on the console directly from the smartphone.

“In today’s world, computer security is one of the main concerns of people and companies, but we are certainly exposed to attacks by black hat hackers, who only seek to do evil and use their skills to do wrong to companies, people or even you.

So it occurred to me that it would be incredible to be able to perform security tests of wireless networks through a simple system such as a Raspberry Pi, however one of the great disadvantages of these is the need to use display systems such as HDMI screens and keyboards to insert the commands.”

For full instructions on how to build your very own portable hacking station in just over two hours using the Raspberry Pi Zero mini PC jump over to the Hackster.io website by following the link below.