Raspberry Pi owners who would like to start programming their new $35 mini PC, but have had no prior programming experience, might be pleased to learn that Adafruit has released a new software specifically designed for the Raspberry Pi computer to make programming a litre easier to learn.

Adafruit who have also previously released and developed the Raspberry Pi Education Linux Distro, and has now created the WebIDE (Web Integrated Development Environment), crested to run on the Raspberry Pi computer. 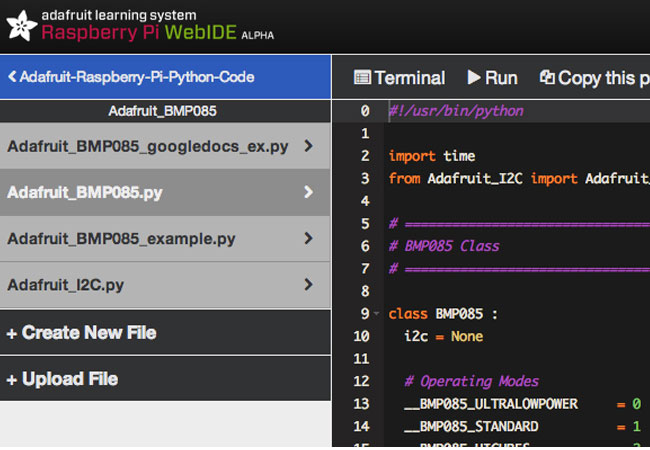 The new WebIDE software is entirely web based so there is no need to install any software on the Raspberry Pi, just launch a browser and connect your Raspberry Pi.

The WebIDE software also has a terminal build right in to make programming even easier, but the software is currently only in its Alpha development stages its recommended that only experienced programmers play around at the moment. For more information jump over to the Adafruit website.