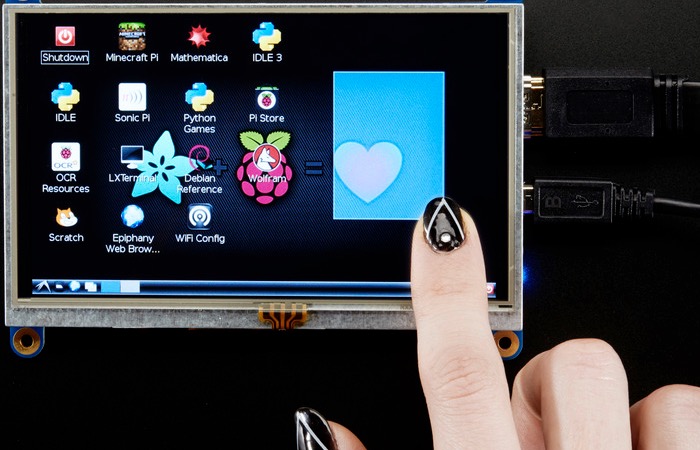 Developers and makers that enjoy building projects using the Raspberry Pi mini PC, might be interested in a new 5 inch Raspberry Pi touchscreen display which has been unveiled by Adafruit this week.

The new Raspberry Pi touchscreen display is available in two versions with one being video only and the other video plus touch providing a resolution of 800 x 480 pixels. 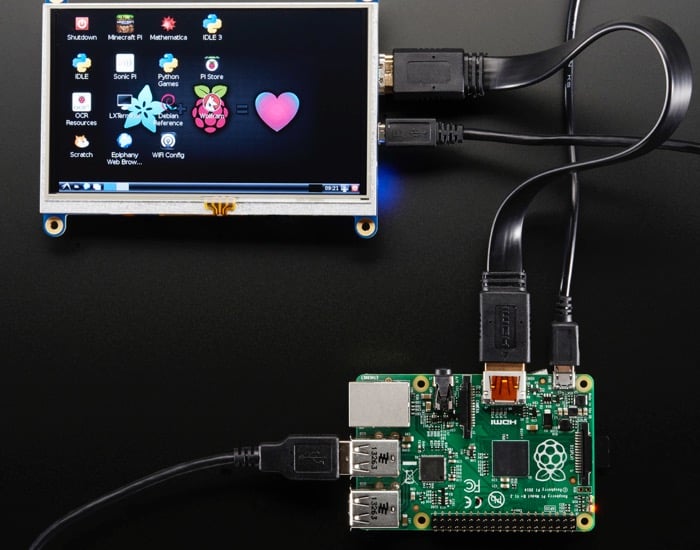 As well as support for unencrypted video and pipe out the raw 24-bit colour pixel data, although HDCP is not supported. The Raspberry Pi touchscreen shows up as a USB mouse so you can use it with any computer, without the need for any special drivers. The new Raspberry Pi touchscreen is now available to purchase for $69.96 from the Adafruit online store. Adafruit explain :

“You can even power the entire display from a USB port. With the default 5″ 800×480 display and 50mA backlight current, the current draw is 500mA total. You can reduce that down  370mA by running the backlight at half-brightness (25mA). With the backlight off, the decoder and display itself draws 250mA. If you want more backlight control, there’s a PWM input, connect that to your microcontroller or other PWM output and you can continuously dim the backlight as desired.

In particular, we suggest it for use with single board computers (or desktop/laptops!) with DVI/HDMI output like the Raspberry Pi or BeagleBone Black. You can power the driver over USB as long as your computer can supply 500mA on the USB port, and then feed it video via the HDMI port. Please note the TFP401 decoder chip does not contain a video scaler, it will not resize/shrink video!” 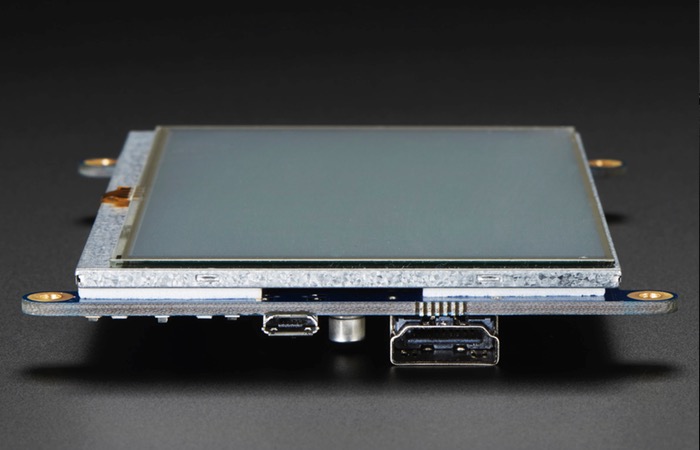