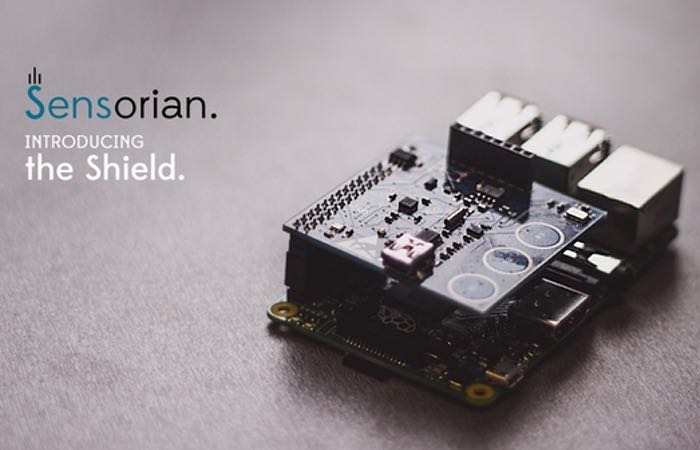 Sensorian has created a new Raspberry Pi Shield that has been designed to combine both the physical world and cloud computing together using a variety of different sensors.

The Raspberry Pi Sensorian Shield takes the form of a plug-in module that allows you to easily extend the functionality of your Raspberry Pi minicomputer and construct projects without the need for a breadboard.

Watch the video below to learn more about the Sensorian Raspberry Pi Shield that could help you create your Pi projects even more efficiently. Its designers explain a little more about the functionality of Sensorian :

“The Sensorian Shield is packed with sensors. It can detect ambient light, temperature, pressure, altitude, motion, magnetic fields, capacitive touch, and keep track of time with a battery backed-up real time clock. See all of these sensors in action through our beautifully designed, simple dashboard. Connect, through code, with the physical world and develop innovative applications using the Sensorian Shield. Your dashboard is responsive, meaning it’ll look incredible on any screen, so go ahead and track your surroundings while on the go!

It’ll let you rapidly prototype your Internet of Things projects, using high-level programming languages like Python and C. Plus, the Sensorian Library uses an open API, eliminating the low-level hassles needed by other shield”

For more information on the new Sensorian Raspberry Pi Shield jump over to the Kickstarter website for details and to make a pledge from $45.