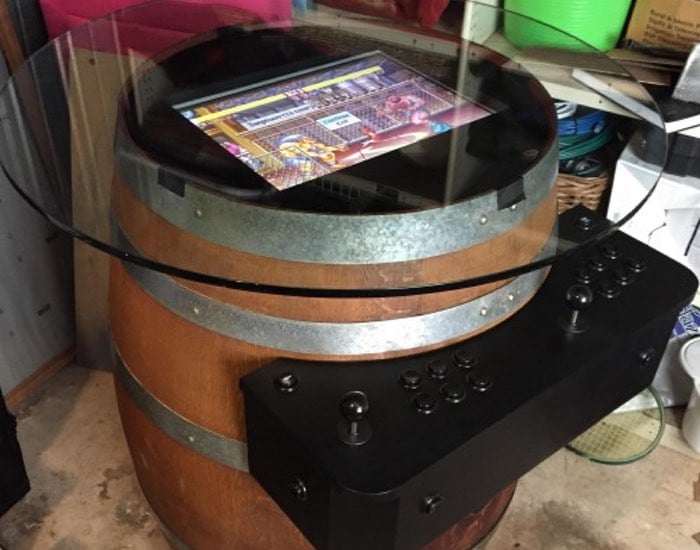 Matt Shaw has created an awesome Raspberry Pi powered games machine that has been constructed using an old wine barrel together with the awesome emulation software which has been specifically built for the Raspberry Pi mini PC called PiPlay.

Shaw has also kept the costs to a minimum by recycling, reusing and sourcing the different components, and sourcing the glass tabletop from online classified adverts as well as the old wine barrel.

Some new components were required such as the joystick and buttons as well as the few feet of wiring which totalled to around £90 in costs. For more information on the project that was also constructed using deliberately low tech, using wired using crimps and block connectors without any soldering.

The PiPlay Emulation software formerly called PiMAME is capable of playing game from the following systems :

Check out the video below to see it in action.