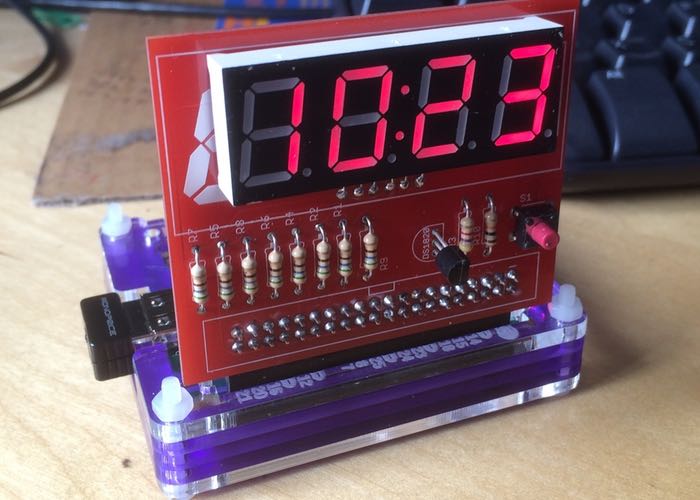 Makers and hobbyists that enjoy building projects for the awesome Raspberry Pi mini PC may be interested in the new kit that has been designed by David M Saul in the form of the PiMuxClock.

The PiMuxClock is an add-on board for the Raspberry Pi single port mini PC that allows you to transform it into a basic digital clock together with a temperature display.

The kist are available to back over on Kickstarter and are priced at just £7 providing a 4 digit clock ready for you to build or receive fully assembled if preferred for £10. 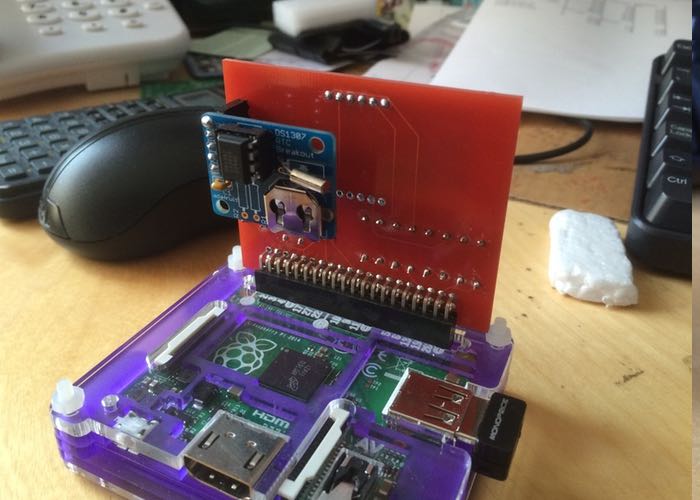 “The idea of creating a simple clock display using a Raspberry Pi was really a distraction from some other work I should have been doing. I have always liked creating digital clocks, my first used a discrete 74 series logic and a reclaimed calculator display. Since then I have built everything from complex timers to binary and octal clocks using a variety micro-controllers.

The key design goal here was to get back to basics and develop a low cost, clock based educational hardware project -no buffers or serial interfaces just direct connection to the Raspberry Pi GPIO. Programmable with simple Python code to drive the multiplexed display – PiMuxClock was born..

The final production design will also include a second rear connector providing access to a number of unused GPIO lines, creating more possibilities for extensions to the basic clock project. This End result are 2 core options, a basic 4 digit clock project or an enhanced option allowing students and hobbyists to learn serial interfacing and experiment further.”

For more information on the new Raspberry Pi clock project jump over to the Kickstarter website for details and to make a pledge.