Pimoroni has created a neat little addition for the min PC that Raspberry Pi owners might enjoy in the form go the Raspberry Pi PiGlow Rainbow LED.

The Raspberry Pi PiGlow Rainbow LED has been designed to add a little colour to the Pibow transparent Raspberry Pi case which the company launched last year to great response. Watch the video after the jump to see it in action. 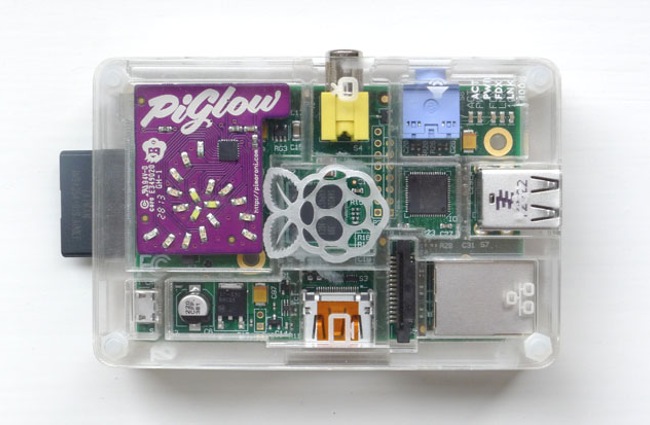 The Raspberry Pi PiGlow is a small clip-on card packing 18 colour LEDs offering three lights of red, orange, yellow, green, blue and white arranged in a fixed triskelion pattern and can be used as a unique but very useful indicator display.

“Installed on the Pi’s GPIO pins, the PiBow is controlled through the little computer’s I2C bus. It draws its power from the Pi too. Pimoroni provides clear instructions online to help punters activate the Pi’s I2C drivers, and includes the datasheet for the SN3218 LED controller chip, which lists the part’s 24 settings registers and the values that need to be written to them to activate any or all of the LEDs and to set the brightness of each one.”

The Raspberry Pi PiGlow Rainbow LED accessory is now available to purchase for £9. If you liked this you might also be interested in our essential guide to Raspberry Pi displays and HATS. 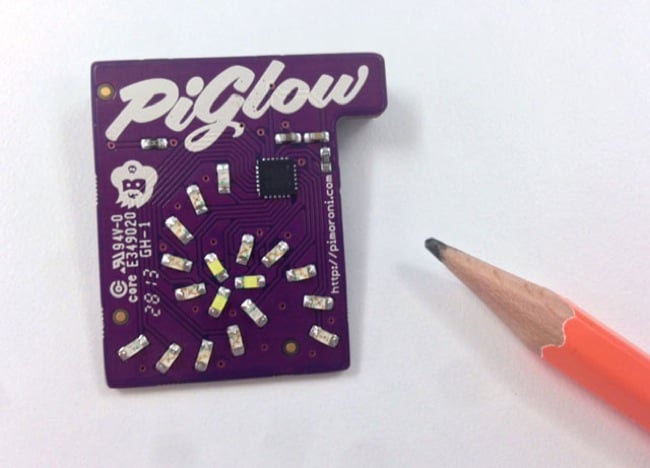