Jon Stam and Simon de Bakker have used an awesome Raspberry Pi mini PC mini PC together with a 3D printer to create the Raspberry Pi Bioscope which allows users the ability to control the playback of images using a crank handle positioned on the side of the device. 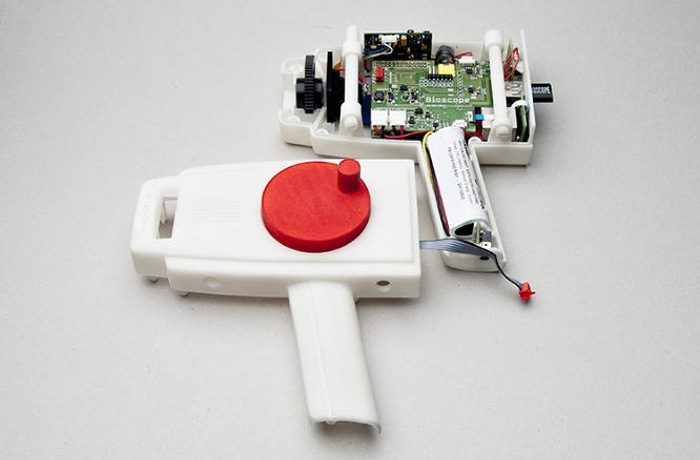 The official Raspberry Pi website explains : “Jon and Simon are using the Bioscope to make an artistic statement about the way we interact with moving visual media. We like it for its satisfying shape and feel, for the way it reminds us of toys we had as kids, and for the cameo appearance of the Numa Numa guy in the above video.

The Bioscope guys have created a custom PCB that sits on top of the Raspberry Pi, which allows you to power the device from a single 3.7v lithium-ion cell. You can find some more technical details of what the custom PCB adds at i.materialise, where Jon and Simon had the case 3-d printed.”