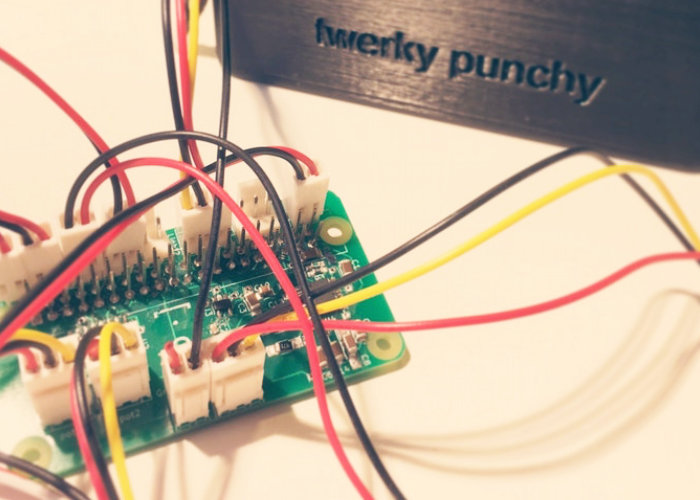 The team of developers at BlackBox based in Copenhagen, Denmark have taken to Kickstarter this month to launch their new Raspberry Pi audio prototyping board called Kviky. Designed to provide an easy way to prototype audio projects using the Pi mini PC the high quality stereo audio output board has been specifically designed for the Raspberry Pi and allows users to easily and quickly connect buttons, LEDs and more to your project without the need for soldering. Watch the introductory video below to learn more about the Kviky Raspberry Pi audio board.

The Kviky is now available to back with earlybird pledges available from £35 and shipping to certain countries is expected to commence during March 2019. The team behind the development of the Raspberry Pi audio board explain little more about their skills and inspiration.

“We make synths, samplers and other musical hardware based on the Raspberry Pi and figured out that a lot of our time was taken up soldering, de-soldering and re-soldering physical components to the GPIO pins. And while we do love the Raspberry Pi, the built in audio output is not up to scratch when it comes to musical performance. This means that we have to use an external sound-card or HAT when making stuff. This also makes projects more bulky and getting to the GPIO pins a hassle. To make things easier, we designed our own prototyping board – kviky -with a high quality audio out where we can assemble, disassemble and reassemble projects in multiple ways without picking up a soldering iron :)”

For more details and full specifications jump over to the official Kickstarter crowdfunding campaign page by following the link below.  If you enjoy building Pi projects you might be interested in our comprehensive list of Raspberry Pi displays, HATS and small screens.