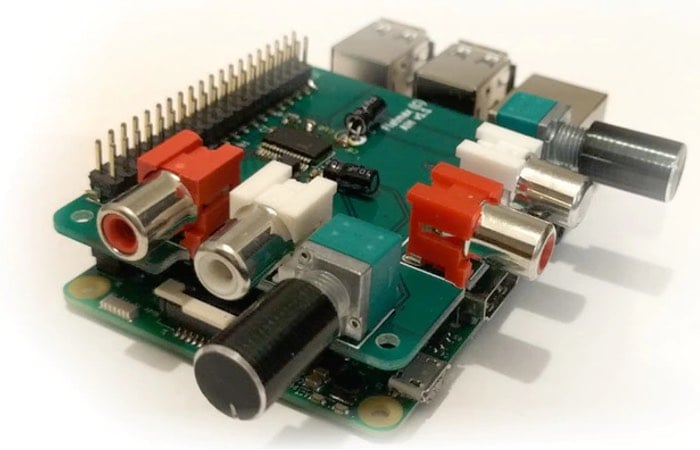 Raspberry Pi enthusiasts that are looking for a high-quality crystal locked audio input and output board which has been specifically designed for the Pi might be interested in a new piece of hardware created by Flatmax Studios.

The Audio Injector Sound Card is equipped with volume knobs and allows you to stack more Raspberry Pi HATS on top if required, check out the video below to learn more about its features and functionality.

The creators of the Raspberry Pi sound card explain a little more about his inspiration.

Providing physical input and output volume controls, very nifty if you want immediate control of the sound level, without having to flap about in software. There are so many different projects which you can create using this sound card, audio to and from almost any of the devices on the Raspberry Pi, such as disk, USB, HDMI, WiFi the ethernet network and so on.

To learn more about the new Raspberry Pi Audio Injector Sound Card which is taken to Kickstarter to raise the AUD $3,750 the project requires to go into production, jump over to the official project page via the link below.