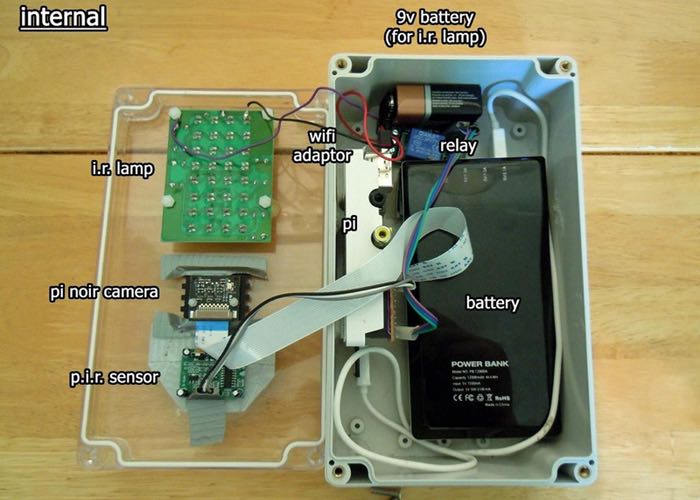 Gary over at the Garys Shed has this week unveiled his latest creation in the form of a handy Raspberry Pi powered animalcam version 2 that builds on his previous camera and offers a great way of capturing photography of wildlife during the night.

To see an example of what you can expect to capture using the latest version of the Raspberry Pi powered animalcam check out the video below.

Gary explains more about the construction of his latest version of the animal cam.

“I’ve finally got around to constructing version 2 of the animalcam, following a cd card corruption in the spring.It is broadly the same as version 1 but in a sturdier, more waterproof box. The clearer lid does help with the quality of the video however the PIR sensor was struggling to “see” through the plastic so I’ve drilled a hole in the lid and fitted the diffuser outside.

I’ve built a much smaller breakout board from the pi – simply a bit of veroboard with a 26 way plug on the bottom and a couple of connectors on the top for attaching the PIR & relay etc. The relay has been switched out from a latching to a standard type. Partly due to the latching one breaking and partly to simplify the connections. There has been no noticeable reduction in battery life.”

For more details on the Raspberry Pi wildlife camera jump over to the Garys Shared website via the link below.