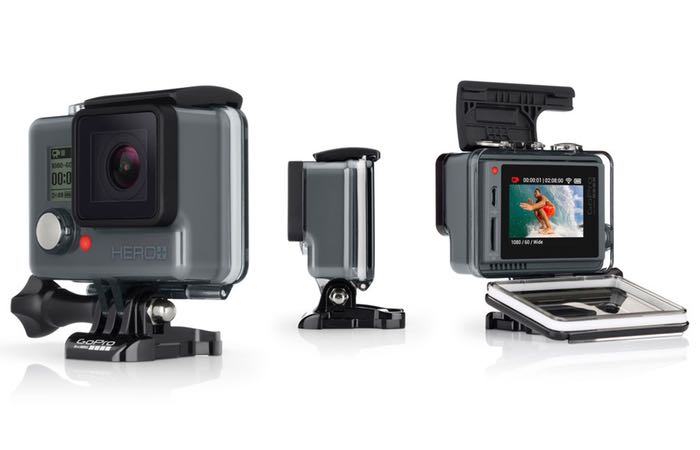 GoPro has this week added a new action camera to their range called the GoPro Hero+LCD, that will provide a mid range camera priced at $300.

As the name suggests the new GoPro Hero+LCD action camera is equipped with a touchscreen LCD and is capable of capturing 1080p video recordings @ 60fps.
Together with 8 megapixel still shots as well as offering built-in Wi-Fi and Bluetooth that can be used to link to the GoPro smartphone and tablet companion applications. Just like the entry GoPro camera the new GoPro Hero+LCD is equipped with a non-removable waterproof case, enabling ti to descend to depths of 131 feet.

GoPro has also announced the release of a new video editing feature that enables users to trim longer videos down to shorter clips. Enabling you to highlight the action more quickly and effectively to them sharing via social media.

For more information on the new GoPro Hero+LCD jump over to the official GoPro website where it will soon be available to purchase from June 6th 2015 priced that $300.