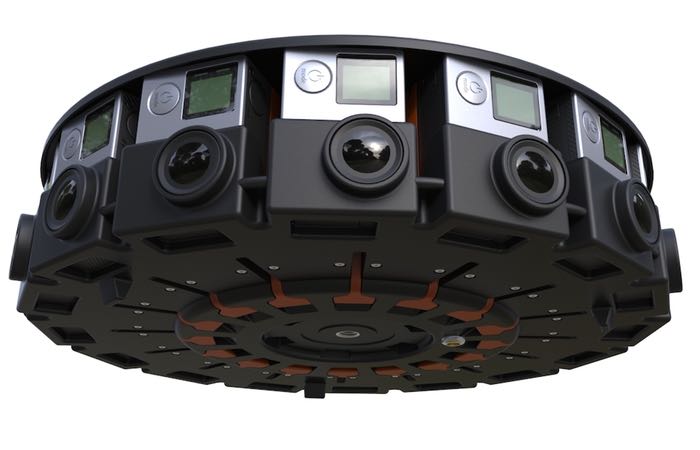 During Google’s I/O developer conference this week GoPro have taken the opportunity to unveil another new piece of hardware they have created that is capable of taking 360 degree images.

The GoPro array holds 16 GoPro cameras and takes the form of a circular rig the also include features such as camera syncing, multi-camera control as well as being equipped with a super-long battery life, says GoPro. 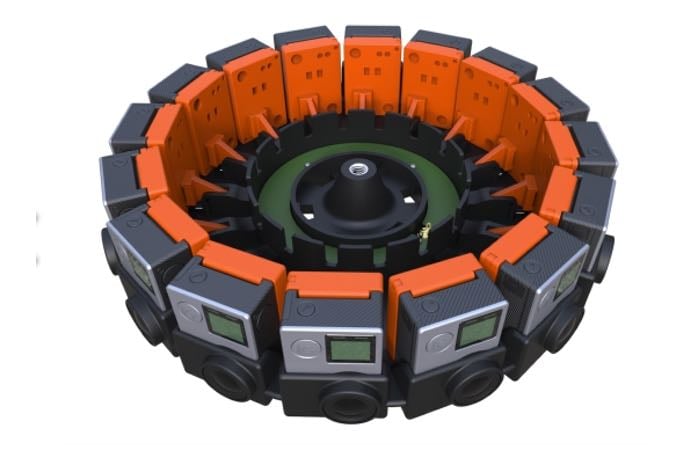 It has been rumoured that the new GoPro camera rig will be sent out to a few selected new Tube users for testing and recording. The rig has also been designed to work with Google’s Jump software allowing you to simply pass over your recorded 360 degree footage and allow the software to carry out the processing.

Unfortunately no information on pricing or worldwide availability has been released as yet by GoPro for the very unique rig, but as soon as information comes to light we will keep you updated as always.