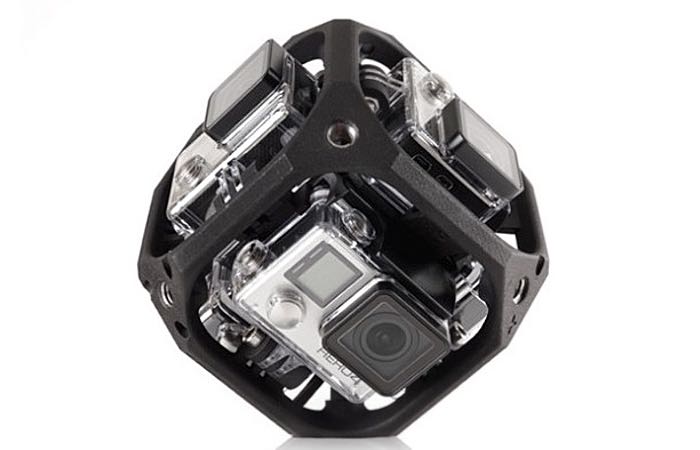 GoPro has today announced they are in the process of developing a drone and unveiled a unique new GoPro Spherical Camera frame that holds six GoPro cameras and offers the ability to record 360 degree footage.

The new recording system was introduced by GoPro founder Nick Woodman who unveiled GoPro’s first Six-Camera Spherical Array, that is attached to a ball-shaped mount that holds six HERO4 cameras to capture images and video for virtual reality.

Woodman explains : “It’s incredible to see our world from new perspectives. It’s a real ‘Oh my God’ moment,”-“We did that with our GoPro cameras, and we see a similar opportunity in the quadcopter market. It’s something that’s in our DNA, and we are excited about it across the company.”

GoPro is expected to make the new GoPro Spherical Camera frame available to purchase before the end of the year, although no pricing has been announced as yet. The new frame will also use the newly acquired video and photo stitching technology from Kolor. As more details are released in the coming months we will keep you updated.