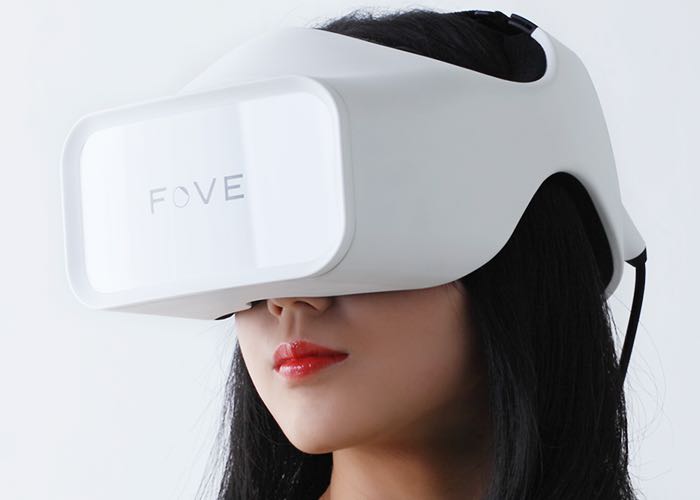 Another Oculus Rift competitor has this week been launched over on the Kickstarter crowdfunding website, in the form of FOVE, that is marketing itself with the benefit of being the very first virtual reality headset offering integrated eye tracking.

The well known Oculus Rift headset was also launched on Kickstarter was then later bought by Facebook for $2 billion, and is expected to launch as a consumer product sometime in 2016.

FOVE is aiming to raise $250,000 over the next 45 days and has been designed to provide users with more precise control when compared to other virtual reality headsets that are currently on the market.

It was also recently revealed by Sony that they have created a new virtual reality games development studio which will handle the design and creation of the VR games for its Project Morpheus PlayStation 4 virtual reality headset.

The creators of FOVE explaining little more about how their virtual reality headset is different to competitors.

“FOVE’s revolutionary technology reads subtle eye movements, translating them into emotionally powerful experiences. FOVE gives you more control than ever before in the virtual world and beyond.

FOVE tracks a user’s gaze and calculates where in 3D space a user is looking. This enables the graphics engine to adjust focus and allocate rendering resources accordingly.”

For more information on the latest virtual reality headset to try and break into the expanding market jump over to the Kickstarter crowdfunding website where pledges starts from $349.