Radio Shack has just announced that it has the HTC Evo Shift 4G smartphone is now available for users to purchase in its stores. The Shift 4G was unveiled officially at CES last week and is a new 4G smartphone being offered that will also work on the 3G network that Sprint operates. 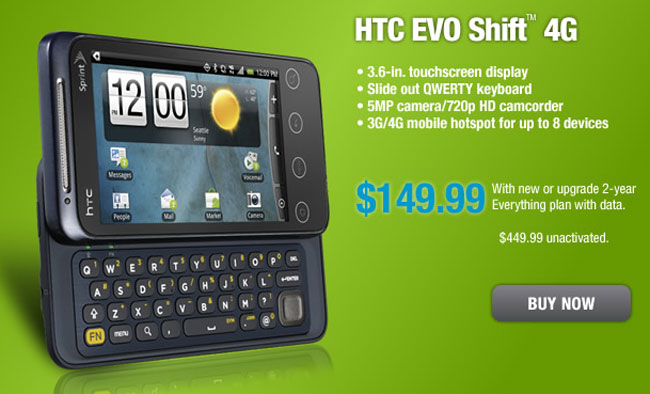 The smartphone has a 3.6-inch touchscreen, a slide out QWERTY keyboard, and a 5MP camera on the back. That camera can also record video in 720p resolution. The smartphone can also be used as a 3G or 4G hotspot for up to eight devices.

Radio Shack is selling the device in its stores right now for $149.99 with a new 2-year contract. That price is good for new Sprint customers or for upgrade customers. If you want the phone without the new contract, you can get it for $449.99.