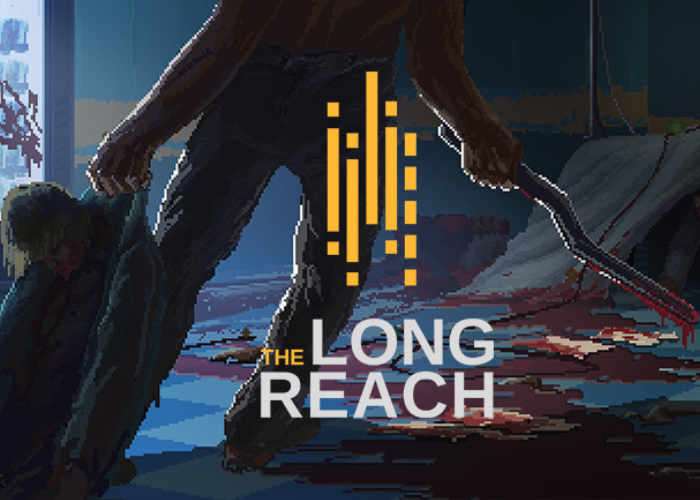 Painted Black Games has announced that their psychological pixel art thriller, The Long Reach will be launching on the PlayStation 4 in the near future providing a “psychological thriller adventure” from the Ukrainian indie developer.

Watch the teaser trailer below to learn more about what you can expect from the storyline and unique pixel art styling of the game. Survive the American town of Baervox as a scientific research project goes horrifically wrong.

The whole team at Painted Black are big fans of the adventure games. The Long Reach honours the genre by mixing classic adventure gameplay, an intricate story, a gorgeous pixel art style and one little feature which I’m about to present to you. The game’s story takes place in the fictional American town of Baervox. More precisely, at a scientific research institute where a revolutionary accelerated knowledge transferring system is being developed.

If you hadn’t already guessed it, something has gone horribly wrong. The technology the scientists have been working on has cataclysmically malfunctioned and both the institute and the town have been effected — and not in a good way! The surrounding area has been turned into a real nightmare and the experiment participants have transmuted into… well, we cannot tell you that for now, because we hate spoilers!

The main character, Stewart, is a junior researcher at the scientific research institute. Stewart’s just a regular guy who, under your control, will have to untangle this rapidly escalating situation. Stewart will need to show courage and intelligence to save the world and, most importantly, survive.