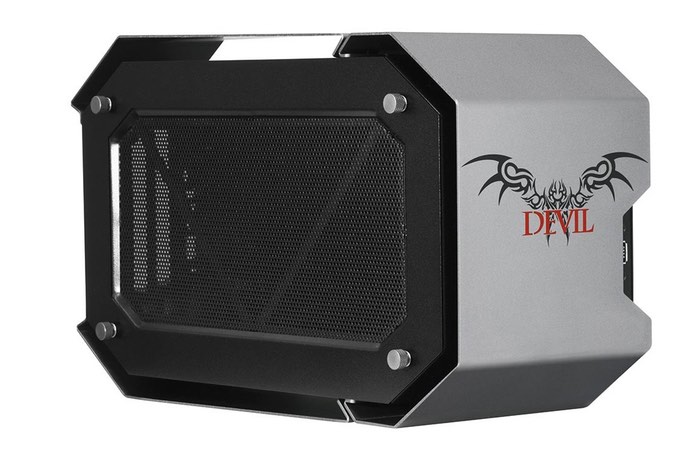 The PowerColor DEVIL BOX is based on AMD XConnect Technology which was introduced back in March 2016 by AMD and which was developed in collaboration with Intel’s Thunderbolt group and Razer.

The PowerColor DEVIL BOX is primarily for users who would like to have an even more powerful graphics card, whether Nvidia or AMD, on his/her note- book or mini PC in pursuit of desktop-class graphics performance.

With a qualified graphics card installed in the PowerColor DEVIL BOX and connecting with Thunderbolt 3 specification, gamers and enthusiasts will be able to play any types of games on the market without sacrificing the portability of a thin’n’light notebook.

Jump over to the official PowerColor press release for more details and full specifications via the link below.