Music games like Guitar Hero and Rock Band are hugely popular, although they have been criticized as they don’t teach children and young people how to play musical instruments, instead they just use game controllers with a few buttons that look like musical instruments.

Seven45 Studios is about to change all that, as they are working on a new game called Power Gig. Power Gig is different to other music console games as it uses a real musical instrument for the games controls. 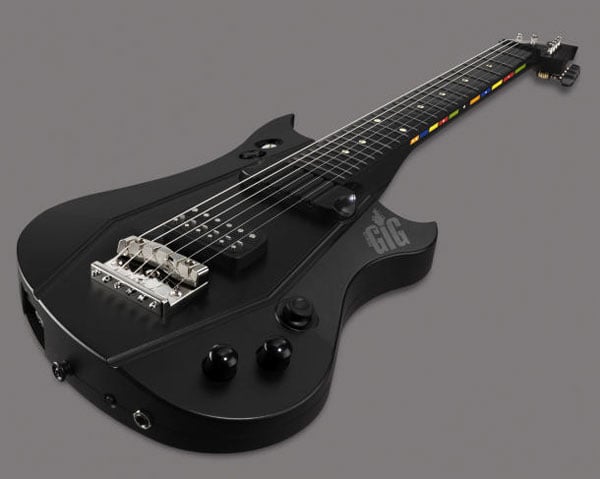 The game will be controlled via a six string guitar, and when you want to play the game on your Xbox or PS3 you press a button on the guitar and a dampening block pops up and holds the guitar strings in place, you then use the guitars fingerboard to control the game.

Whats is cool about this type of controller is that it can also be used like a regular guitar which might encourage children to learn how to play it. There are no details as yet on when Power Gig will go on sale and no details on pricing as yet.