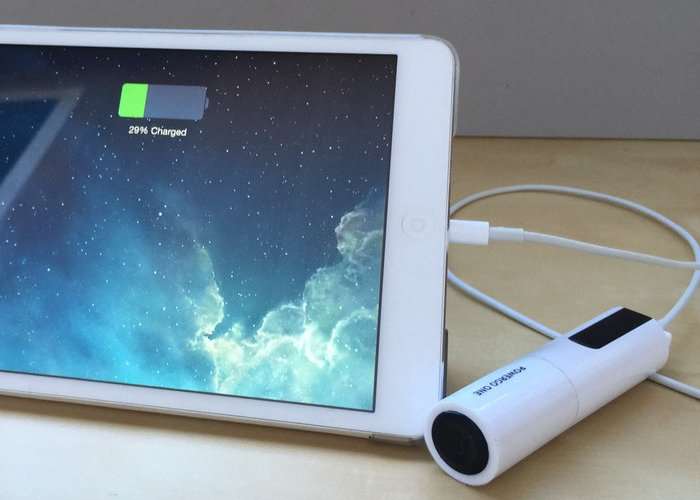 A new pocket portable power generator has been launched by Kickstarter this week with the aim of raising $30,000 over the next 44 days. Unlike other battery pack products the PowerGO ONE is a power generator allowing you to create unlimited energy to charge your mobile devices, cameras and gadgets whenever required.

Watch the demonstration video below to learn more about the PowerGO ONE and its automatic power generating technology which takes the form of a “generator of the double rotation” say its developers, but isn’t fully explained in the video below.

Apparently the automated power generating system developed by the GO TECH Team is a world’s first. Although it would be good to know a little more about how the endless supply of power is generated and how quickly the pack recharges from flat. Its developers explain a little more:

In your life there are situations when you need to make an important call, to send an email or to share with friend’s impressions about the travel. Our smartphones lose the energy very quickly and very often we can’t load it due to the lack of electricity. Modern portative accumulators have limited quantity of charges of your device that limits you in the opportunities.

PowerGO creates energy itself for charging of our device. It isn’t necessary to load and waste your time for recharge of energy store. The innovative system of generation of electricity which has equipped PowerGO ONE has allowed to make it the most compact and easy that you could always take it in any place.

PowerGO ONE is now available to back via Kickstarter with early bird pledges starting from just $43 and delivery expected to take place during October 2017. For full specifications and more information jump over to the official Kickstarter campaign page via the link below.