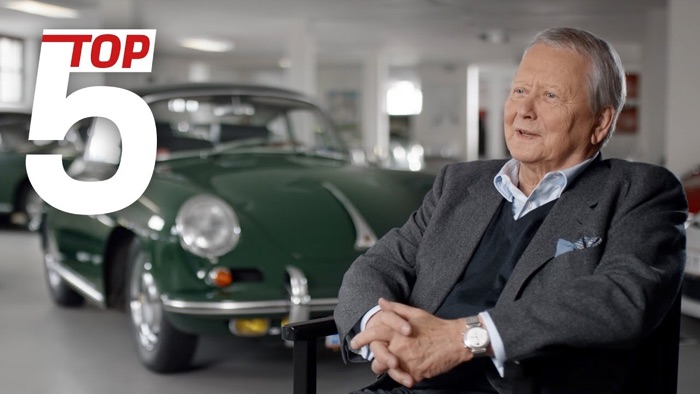 We have already seen lots of episodes in the new Porsche Top 5 Series and now Porsche has released another one, the Porsche Top 5: Dr. Wolfgang Porsche’s Most Favourite Cars.

In the new video of Dr. Wolfgang Porsche’s Most Favourite Cars we get ton see some impressive Porsche, including the Porsche 911 Turbo S 993, one of the best looking 911 Turbo’;s to have been released.

The video also features the Carrera GT, the new Panamera Turbo Hybrid, the Porsche 356 and a Porsche 356 Carrera 2000. Personally If I had to choose any of those it would be the 993 Turbo.

Make sure you check out the other videos in the series which include the Advantages Of  The Porsche Boxer Engine, fastest accelerating Porsche, the 911 GT2 RS, the lightest Porsche and the best air cooled models.