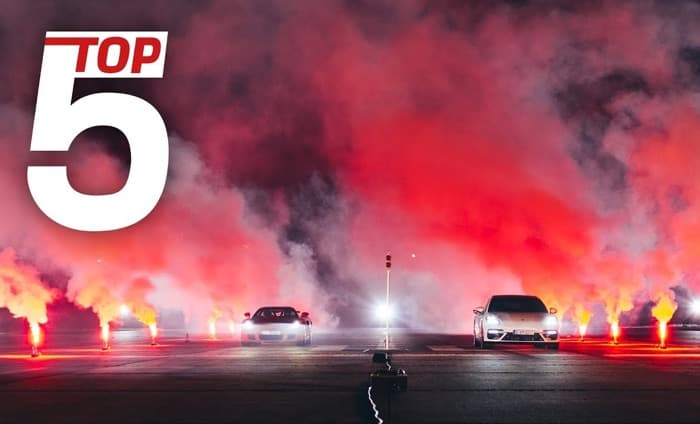 It is time for this weeks Porsche Top 5, Porsche has released this weeks video and it features their fastest accelerating Porsche models.

It is no surprise that the Porsche 918 Spyder beat the Porsche 911 GT2 RS, it is a Hypercar after all. This is definitely one of the best videos so far in the current Porsche Top 5 series, we are looking forward to seeing what is coming next.

Make sure you check out some of the other videos in the series which include the most iconic motorsport Porsche and also the first video in the series with the Porsche 918 Spyder,