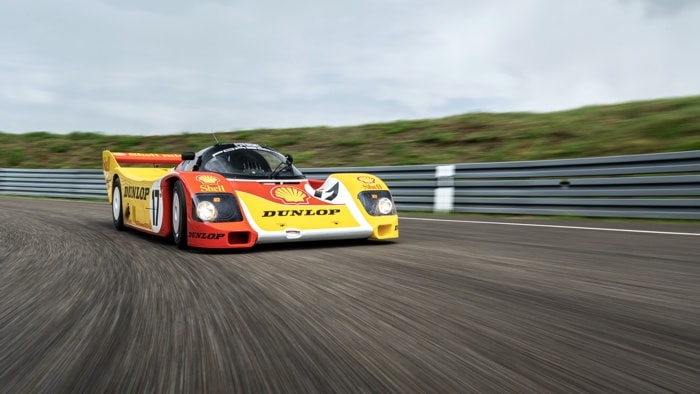 Porsche have restored the Porsche 962 C to the original condition it was in from 1987, the car can be seen in the video below.

The Porsche 962 C won the Supersprint World Championship in 1987 and Porsche have spent the last 18 months restoring the car.

The racing car from the Porsche Heritage and Museum department has been restored to its original 1987 condition over the past year and a half. “It feels like coming home,” smiles Stuck, stroking the car’s left wing. The racing driver says he has nothing but fond memories of the victorious car with the racing number 17. “By arranging this reunion after more than three decades, we have not only surprised Hans-Joachim Stuck, we have also taken a little journey through time. The history of the motorsport story surrounding the 962 C is unique,” says Achim Stejskal, Head of Porsche Heritage and Museum.

At the Weissach Development Centre, where the vehicle was first built and now has been restored to its original condition, Stuck also meets his race engineer of the time, Norbert Singer, and designer Rob Powell, the man responsible for the car’s black, yellow and red livery.

You can find out more details about the Porsche 962 C over at Porsche at the link below.