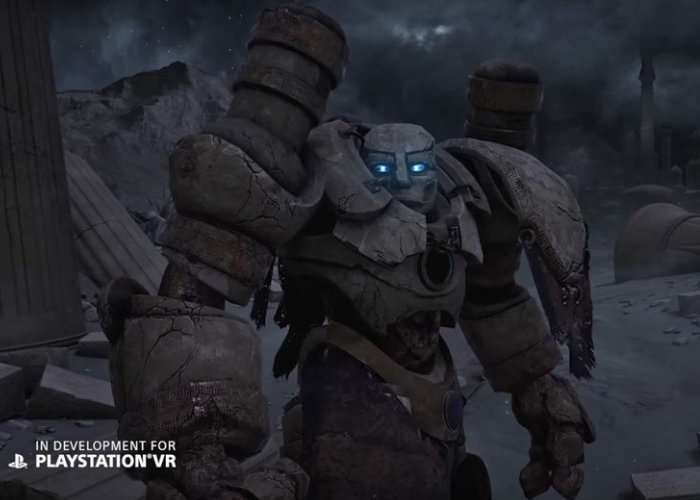 Golem is an upcoming PSVR game being developed by Highwire Games founded in 2015 by former Bungie employees Martin O’Donnell and Jaime Griesemer, alongside Jared Noftle, co-founder of Airtight Games, as their debut game.

Watch the teaser gameplay trailer which was unveiled earlier this year to learn more about what you can expect from the new PlayStation VR game that has been developed using the unreal Engine 4.

In Golem, you play as an adventurous kid who has been seriously injured. You are stuck at home in your bed, dreaming of exploring the outside world. You gradually develop the power to create and control stone creatures known as golems. You see through their eyes, direct their movements, and use them to explore beyond the confines of your room. At first, you can only build small doll-sized golems to send around your room… but eventually your powers will grow, until you can send enormous 15-foot tall giants to explore an ancient abandoned city.

As soon as more details, gameplay videos, trailers or details on an official release date are announced will keep you up-to-date as always.