Sony has today released more details about it new PlayStation App which will be soon arriving on iOS And Android devices. At the moment do details have been released as to whether a Windows 8 version will be released.

The new Sony PlayStation App details have been revealed by Sony Worldwide Studios Boss Shuhei Yoshida in a blog post over on the PlayStation Blog. 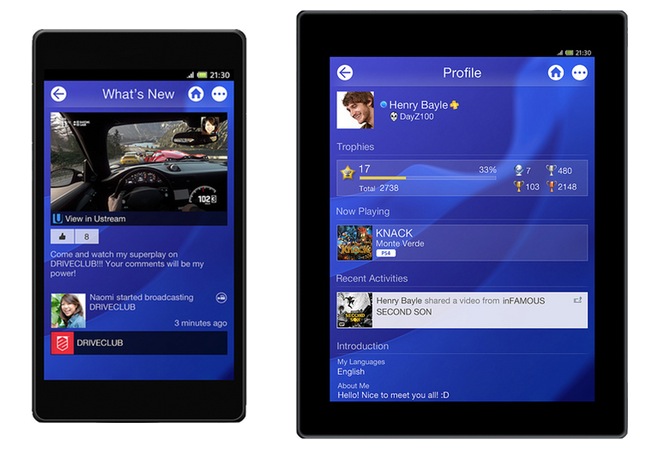 Explains that the new PlayStation App has been designed to provide users with a PlayStation experience whilst away from your console. Yoshida explained:

“There are a variety of things you can do with it. You can connect to your PlayStation profile, and send messages – even voice messages – to friends between your smartphone and PS4. A friend on PS4 can also send out an invitation for a multiplayer game, which you can then check on the App, and you can also purchase PS4 games from PlayStation Store. Your game will immediately start downloading while you’re away.”

“There are many big publishers creating their own apps for their games, like Watch_Dogs or Battlefield, and that’s great,”-“But smaller developers can use PlayStation App to connect to PS4 and load an application, like drawing software for example, so that you don’t have to download and install a specific app on your smartphone. It’s open to all PS4 developers to use.”