This week Pioneer has announced the addition of two new Air-Play equipped iOS docking stations to its range of music systems in the form of the Pioneer X-SMC3-S Music Tap and X-SMC4-K Elite Music Tap.

Both devices are similar is specifications and fitted with 2.5 inch colour LCD screens and are DLNA Certified, 1.5 compliant devices allowing you to enjoy audio from your iOS, Android devices as well as tablets, Windows 7 computers to name a few, and are also Certified “Made for iPod iPhone”. 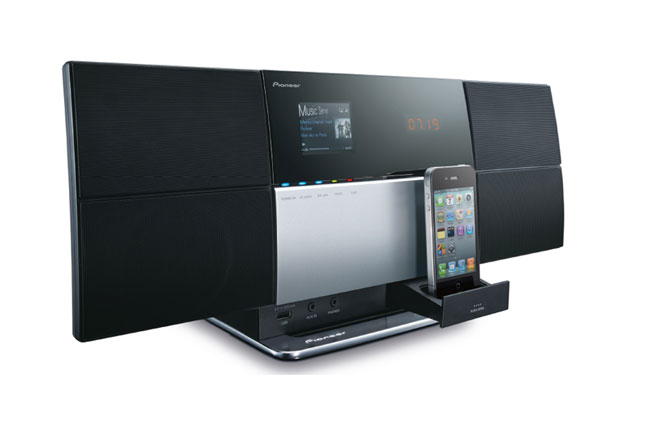 The music systems also support high-resolution audio playback with support for 192kHz/24-Bit FLAC and WAV files. The only differences between the two are that the X-SMC4-K Elite Music Tap is also equipped with Bluetooth,to share music and create playlists with up to 4 iPhone, iPod, iPad devices.