A new iPad application called PhoneItiPad is shortly being launched on the Cydia store. That says it will transform your 3G iPad in to a fully functional mobile phone, using just a normal phone SIM card. Data SIM cards will not work with the application because they are intended for internet only.

PhoneItiPad has been developed by the team over at iPhoneIslam and has been under development for some time and if it performs as well as in the video after the jump it should be a great addition to a jail broken iPad’s arsenal of applications. 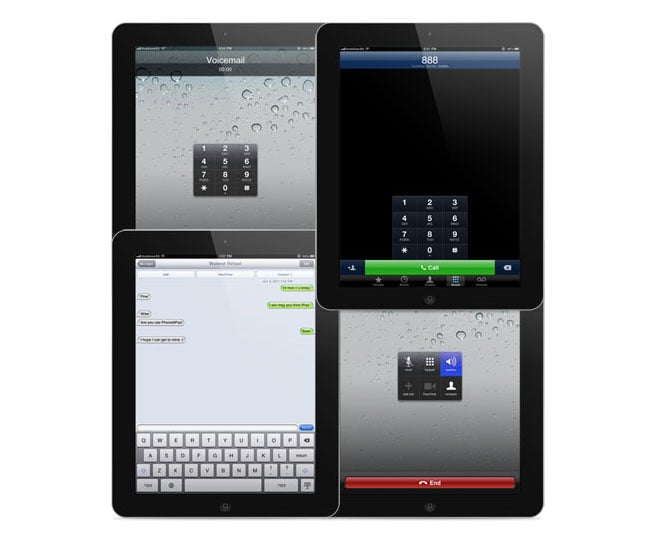 The new application has been designed to truly convert your 3G iPad into a fully functional iPhone even providing FaceTime by Phone Number, on some carriers, together with standard Phone Calls and SMS.

The new PhoneItiPad is expected to land on the Cydia store shortly, in the mean time you can find more information about the new application at the PhoneItiPad website.