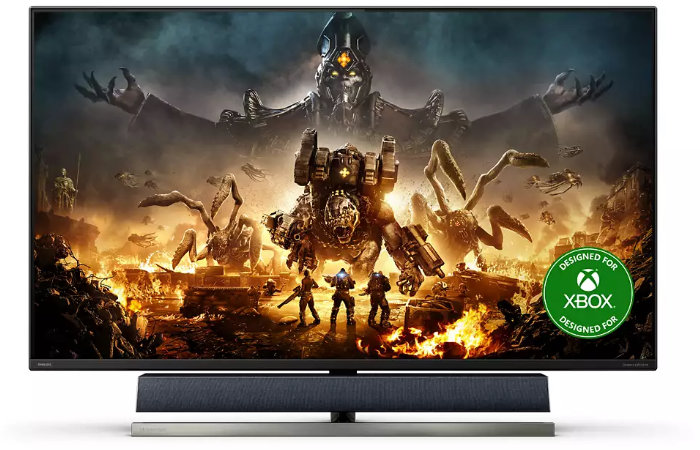 Philips has this week unveiled a new monitor specifically designed for the Xbox games console in the form of the Philips Momentum Xbox monitor. The new Xbox display has been specifically designed for Xbox validated performance offering gamers 4K resolutions at a minimum 120Hz refresh rate, together with HDR support with DisplayHDR 1000, Variable Refresh Rate for smooth gaming and low latency gaming.

The Philips Momentum 55″ 4K Designed for Xbox Console Gaming Monitor reference: 559M1RYV will be available during the summer months of 2021 priced at $1,600. “The monitors have been extensively tested, and validated by engineers at Microsoft and TPV to ensure perfect compatibility, while also meeting the high expectations that dedicated Xbox fans expect” explains today’s press.

“At Xbox, we are always looking to give our fans choice in how, what and where they play their favorite games. Today, we’re excited to announce our partnership with Philips to deliver the first Designed for Xbox monitor, giving fans a unique display with technology and features that provide the ultimate console gaming experience for Xbox Series X|S.” – Matt Kesselring, Director of Xbox Hardware Partnerships.”

“Philips Momentum broke new ground in console gaming as the first monitor to achieve VESA DisplayHDR 1000 certification. We are thrilled that the Momentum console gaming monitors will deliver a new standard of audio-visual experience that will bring out the very best in your Xbox.” Chris Brown, Philips Monitors Global Product Marketing Lead at TPV.”