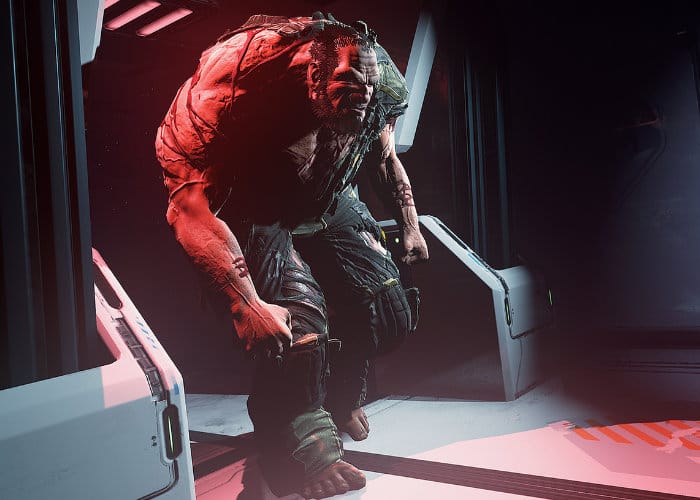 On October 18th 2018 the development team behind Persistence Firesprite Games, who created the game for the PlayStation VR platform. Will be rolling out a huge free update bringing with it plenty of new enhancements, features and content check out the trailer below to learn more about the new accessibility features that will be arriving in the update.

New game modes will also be arriving in the update :

– GLASS CANNON: This is an all-action challenge mode which proved really popular at EGX last month. In it, you need to make it through 24 increasingly difficult rooms to get to an escape pod at the far end of the Deck. You get to select a gun at the start of each attempt, which comes with infinite ammo – the downside is that you only have one hit point, and there are no health pickups! Each time you enter a room, the doors lock and the mutants attack. You need to take them out as quickly as possible as the game is against the clock. How quickly can you get to the escape pod?
– CAMPAIGN+: In Campaign+ you keep all your Gear and Upgrades from your previous Campaign playthrough, and are now challenged with an ultra hardcore difficulty mode. The rules of the game have been changed to make it feel different too. You can no longer use SuperSense to spot enemies hiding in cover, and you will notice that a Bloodhound just keeps following you! To combat this, there are all-new character upgrade levels, and ‘Platinum’ rarity Gear items to give you a fighting chance.
– FIRST BLOOD: First Blood is a stealth based challenge mode where you need to make your way through another huge procedurally generated deck to the escape pod. Only equipped with a Peacekeeper knife and totally outnumbered, can you sneak your way through to the escape pod?
– PERMADEATH: As the names suggests, in this mode once you die, that’s it. You’re dead! The challenge is to complete the entire campaign on a single life (it’s not for the faint-hearted!). However, there is a big change that makes a big difference. There are Deck Porters in this mode that take you instantly between all Decks, and to Recovery, to quickly upgrade and buy Gear.

For more details on what you can expect in the latest update jump over to the official PlayStation blog where Stuart Tilley Game Director at Firesprite runs through everything.