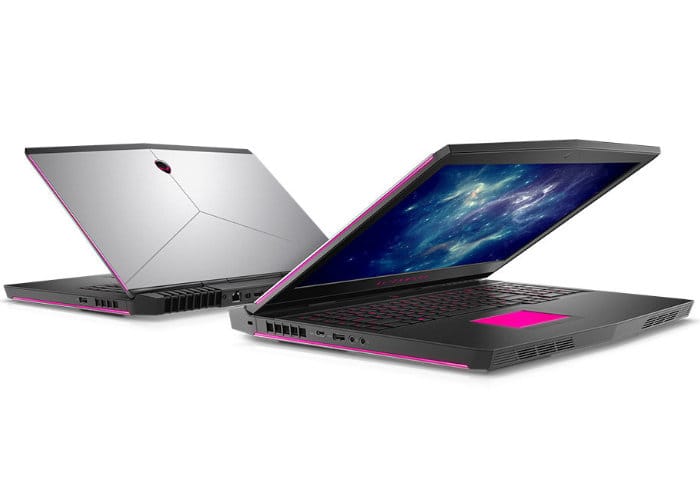 Dell and Alienware have this week announced a range of new performance gaming laptops they have created which take the form of six new Windows 10 systems based on the new 8th Gen Intel Core high performance processors, and building on the technology in previous generations.

The new 2018 Alienware 15 and 17 gaming laptops will be equipped with a variety of 8th Gen Intel Core i5, i7, and i9 processors with up to 6-cores. Offering owners the ability to over clock the systems to 5.0GHZ for the first time ever on Alienware’s most powerful family of laptops. Alienware “mechanically engineered” and improve the cooling systems within the gaming laptops adding Alienware Cryo-Tech v2.0, with 50 percent thinner fan blades and a vapour chamber on the CPU to cool down the higher number of cores more efficiently even the overclocked.

“We are ambassadors to the PC gaming world,” says Frank Azor, vice president and general manager, Alienware and Dell Gaming. “From pushing the boundaries of innovation in our Alienware line and creating systems for today’s top competitive gamers and leagues, to our new affordable G Series line-up, we’re enabling gamers of all levels to game at their best.”