The Perceptive Pixel 82 inch display has a high definition resolution of 1920 x 1080 combined with a 120Hz, touch response time of <1ms and has been built to provide mission-critical reliability. Perceptive Pixel have designed the new display with classrooms and corporate boardrooms in mind but also states that military applications have also been considered. 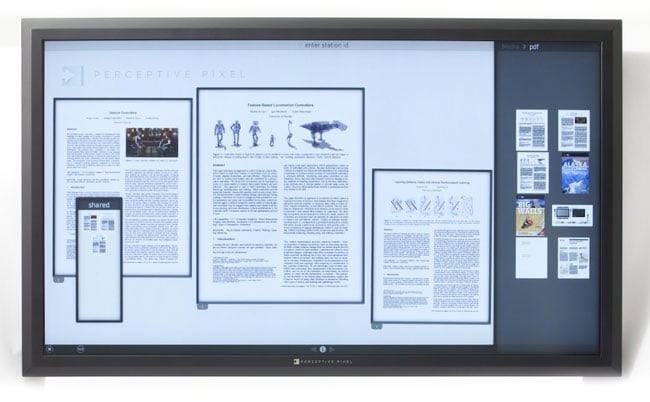 “No other company can deliver the precision and performance of our best-in-class optically bonded pro-cap displays,” – “Our new 82″ multi-touch LCD represents a technological breakthrough that sets a new standard for the display industry.”

Unfortunately Perceptive Pixel are still remaining tight lipped about the price of their 82 inch marvel, but as soon as we hear anything as always we will keep you updated.