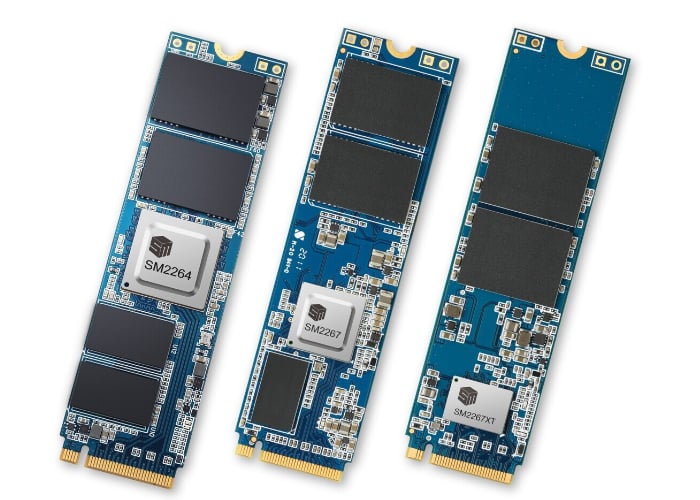 Silicon Motion the design and manufacturing company responsible for creating NAND flash controllers, has this week announced it will be launching its new PCIe 5.0 SSD controller next year offering 32 GT/s per lane, making up to 64 GB/s in the full x16 implementation. The launch will coincide with Intel’s Sapphire Rapids Xeon processors which support the PCIe 5.0 protocol. The Toms Hardware site explains a little more about what you can expect from the new PCIe 5.0 SSD controllers.

“The PCIe Gen 5 specification was finalized in mid-2019, around the same time when the first PCIe 4.0-supporting platforms, SSDs, and GPUs were launched. Back then, some thought that the PCIe 4.0 interface will have a short lifespan (because PCIe 5.0 was ‘already there’) and will not become truly popular particularly in the data center space, as back then, the only server platform to feature PCIe 4.0 lanes was AMD’s EPYC 7002-series ‘Rome’ that was not truly popular at the time. As it turns out, while PCIe 5.0 will debut later this year, it does not look that it will immediately replace PCIe 4.0.”

“Silicon Motion is a newbie on the market of enterprise SSD controllers. The company first entered China’s enterprise SSD market in 2015 after acquiring Shannon Systems, a supplier of enterprise-grade PCIe SSD and storage arrays to Chinese hyperscalers. So far, SMI’s enterprise SSD business has not really taken off and represents a fraction of its revenue. Still, the company clearly wants to be a part of the datacenter megatrend, so it will continue to invest in enterprise storage solutions. “We are excited about enterprise-grade PCIe Gen5 controller, which we will have taped out early next year and sample in the second half of 2022,” said Kou. “We believe this will bring us a big momentum in coming to enterprise.” “