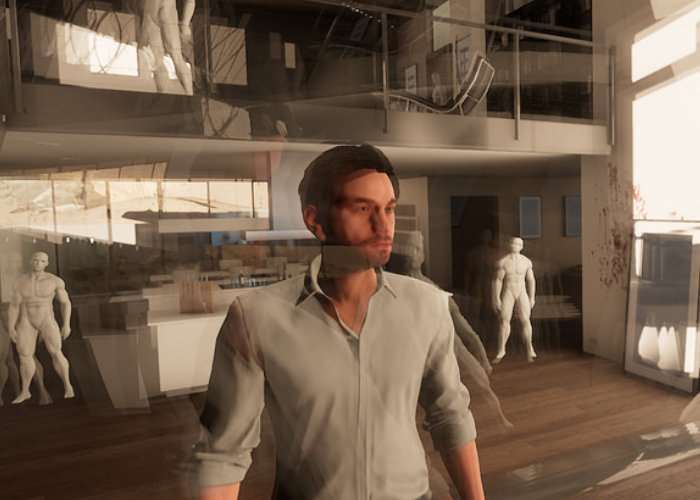 Developers Phantom 8 Studio will be launching their new science-fiction thriller game, Past Cure on the PlayStation 4 during February 2018 intellectual appetite further before its release have published a new trailer the PlayStation blog.

Together with more details about the game’s storyline, characters and development. Nick Mallinder Animation Artist at Phantom 8 Studio explains more:

Past Cure tells the story of Ian, a tormented man desperate to rediscover his lost identity. A highly cinematic experience, Past Cure offers an enigmatic plot as the story twists between dreams and reality leaving you guessing throughout. Dark dream sequences intertwine with a gritty but realistic world, and gameplay threads between stealth, action, survival and puzzle. The characters that Ian encounters will have a notable impact on both gameplay and your surroundings.

Ian’s main drive in the story is to find the people who experimented on him to try and unlock the mind’s true potential and inadvertently cursed him with supernatural abilities. But to survive long enough to get to the truth, he needs to use those powers.

So aside from using his military experience for weapon handling and close quarters combat, Ian also has an unnatural edge over his enemies. He can speed up his perceptions so events play out in slow motion, letting him shoot multiple targets before they can react, with partial auto aim and lock support giving him a supernatural precision. This power is also vital to stealth and evasion, letting him sneak through patrolling enemies. His Astral projection power on the other hand is a mix of outer body experience and telekinesis.

Ian can project his mind beyond his body to explore and interact with the environment. This is great for spotting enemies and switching off cameras, allowing you to plan your strategy before either engagement or evasion.