We have featured a number of wearable cameras here on Geeky Gadgets over the past year or so and now and new creation called the ParaShoot 2.0 hope to make catering those magic moments even easier.

The ParaShoot 2.0 wearable camera is a compact square shaped device which is small enough to be worn around the neck or clipped on your belt. Watch the video after the jump to see it in action and learn more about the Parashoot camera. 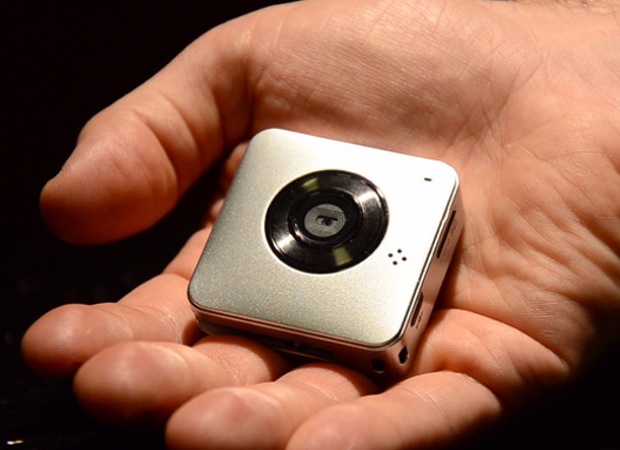 Its comes supplied with a free ParaShoot app works on all smartphone platforms and allows you to view and setup your ParaShoot 2.0 wearable camera. As well as enabling you to be able to share photos with your friends.

The ParaShoot 2.0 camera measures 45 x 45 x 15 mm in size and weighs just 1.3ounces and is equipped with a 100 degree wide angle lens. Its creators Matt and Colin explain a little more.

“You can now capture life on the go in a fun, fast and fashionable way. Share instantly with friends, wirelessly and securely store to the cloud of your choice, and customize its look and feel according to your taste. Our goal is to allow you to get that elusive shot as quick as possible so you later don’t regret missing the magic moment – that’s what ParaShoot allows you to do. What better than an HD camera that fits right in the palm of your hand weighing less than 2 ounces.”